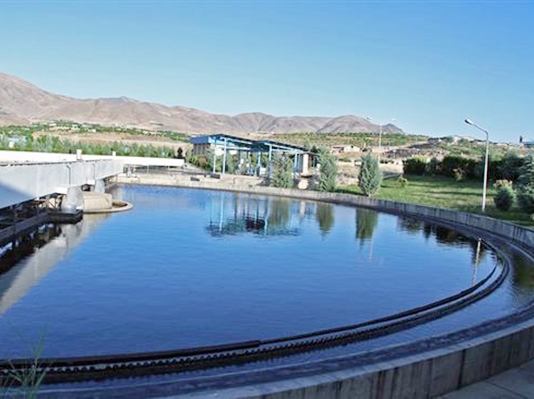 South Korea is about to help Iran on water supply and management and wastewater treatment under three memorandums of understanding signed in Tehran on Sunday, August 7.

“The Koreans have valuable experiences in the field of environmental technology and water and wastewater management. Hence, these MoUs were signed with the aim of transferring experiences, facilitating investment in Iran and manpower training,” Maydani said.

Lee said his visit was a follow-up to South Korean President Park Geun-hye’s tour of Iran in May to enhance cooperation between the two countries.

“Developing water and wastewater systems is one of Iran’s priorities and we hope to help Iranian companies with further development of these technologies,” Lee said, according to IRNA.

Iran faces an acute water shortage and water scarcity poses the most severe human security challenge in the country of more than 80 million.

The problem has cropped up after years of excessive damming of rivers, bad irrigation practices, drought and climate change. Wasteful consumption by residents and farmers has been draining most of the country’s reserves.

Agriculture accounts for about 90 per cent of water consumption in Iran where much of it is being wasted.

Iran and South Korea signed a number of agreements in the fields of oil and gas, railroads, tourism, and technology when President Park visited Tehran with representatives of 236 companies and organizations.

Iranian President Hassan Rouhani said then the two sides had agreed to increase their bilateral trade from the current $6 billion per year to $18 billion in the coming years.

The Export-Import Bank of Korea has introduced a $15 billion financial package support for local businesses dealing with Iran. The Korea Trade Insurance Corporation also seeks to sign a deal worth 5 billion euros for export financing support with Iran, according to South Korean media reports.

Last week, Korean media said companies will be able to carry out business with Iran in euros as early as next month.

On Sunday, Iran’s Mehr news agency said a South Korean company had announced readiness to finance a petrochemical project in the Islamic Republic.

The unnamed company and two Japanese financiers are ready to provide funds for the construction of a new ethylene unit at Bandar Imam Petrochemical Complex in Mahshahr, Mehr quoted its deputy managing director Mohammad Qoli Younesi as saying.