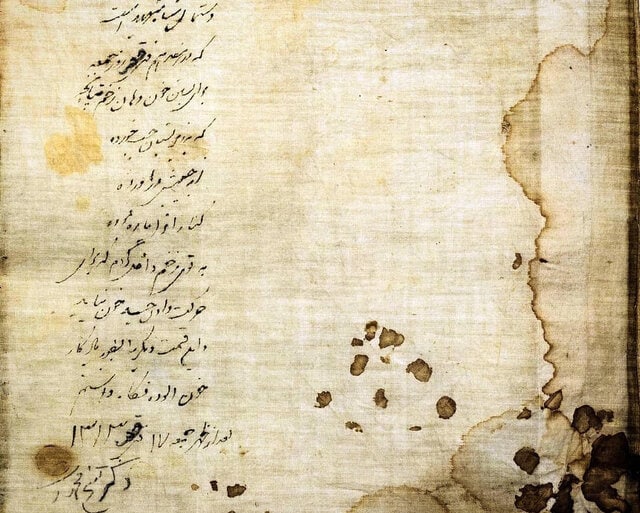 The image of a blood-soaked handkerchief belonging to Nasser al-Din Shah Qajar, the 19th-century Iranian king, has been put on public display at the Golestan Palace, the former royal complex of the Qajar Dynasty in the Iranian capital, Tehran.

The photo of the handkerchief was unveiled on the anniversary of the assassination of Nasser al-Din Shah Qajar.

Measuring 28cm by 38cm, the handkerchief itself is kept at the storage of the Golestan Palace.

“This handkerchief belongs to the martyred king, who, on May 1, 1896, took it out of his pocket to stop bleeding from a pistol wound under his chest on the left side of his body. He tore off the corner of the handkerchief and shoved it inside the wound, so that it wouldn’t be oozing blood when his body was moved. I kept the other blood-soaked piece as a keepsake. Friday afternoon, May 1, 1896; Dr. Sheikh Mohammad,” read the sentences on the handkerchief. 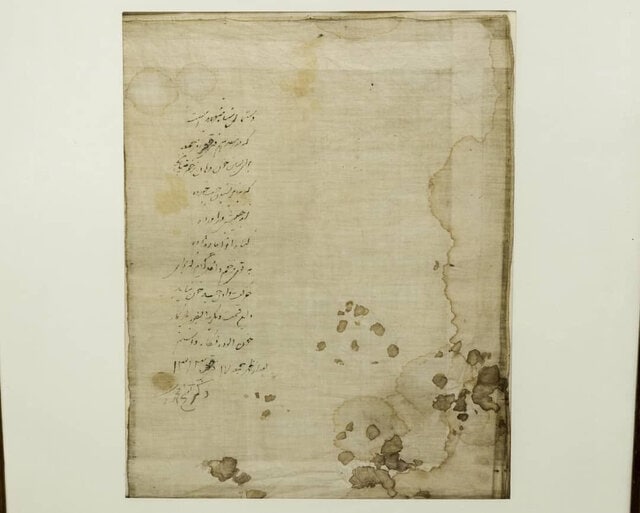 The statement on the handkerchief is undersigned by Dr. Sheikh Mohammad Khan Ehya-ul-Malek, who was present at the Shah Abdol-Azim shrine on the day Nasser al-Din Shah Qajar was assassinated.

Nasser al-Din Shah Qajar visited the Shah Abdol-Azim shrine in the town of Ray near Tehran on May 1, 1896 when he was assassinated by Mirza Reza Kermani.