Lieutenant Commander of the Islamic Revolution Guards Corps (IRGC) Brigadier General Hossein Salami warned that if the US government reneges on the nuclear deal between Tehran and world powers, known as JCPOA, Iran will “send the deal to Museum”.

“The Americans should be aware that if they fail to meet their obligations under the Joint Comprehensive Plan of Action (JCPOA), we will send the deal to Museum,” Brigadier General Salami said during a massive demonstration held in Tehran on Thursday to mark the “National Day of Fight against Global Arrogance”.

He further emphasized that if Washington reneges on the agreement, the two sides will “go back to square one” and the Islamic Republic will activate its decommissioned centrifuges.

In that case, the country not only will refuse to stop its nuclear program but also develop the activities, the commander went on to say.

While the JCPOA, a 159-page nuclear agreement between Iran and the Group 5+1 (Russia, China, the US, Britain, France and Germany) came into force in January 2016, Iranian officials complain about the US failure to fully implement the accord.

Elsewhere in his remarks, Salami highlighted the crises facing the US, saying that the country is not “the number one” world power any more, adding that the political power of the US has declined dramatically.

Hundreds of thousands of Iranian people, mostly school and university students, staged demonstrations on Thursday morning all over the country to express their opposition to the arrogant policies and attitudes of the enemies, particularly the US.

Every year on the 13th day of the Iranian month of Aban (which this year falls on November 3), the Iranian nation, particularly the students, hold rallies across the country to mark the day.

In the capital city of Tehran, the rallies to mark the anniversary of the landmark move are held at the venue of the former US embassy, which is known by Iranians as “Den of Espionage”. 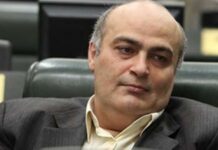