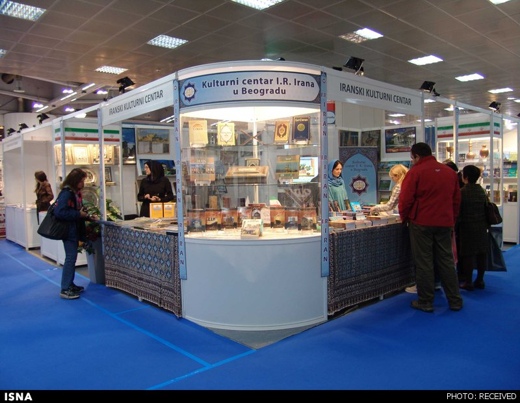 The 60th Belgrade International Book Fair has selected Iran as its special guest of honor next year.

The 60th Belgrade International Book Fair (BIBF) has picked Iran as the special guest of honor for its 61st edition in 2016.

Belgrade’s Secretary of Culture Vladan Vukosavljevic made the announcement in a press conference prior to the book fair and said that Iran is among the countries which have the oldest and richest human culture.

The following is a brief translation of a report Khabaroline.ir published on October 26 on the Belgrade International Book Fair and Iran’s pavilion there:

Russian historian and writer Natalya Narochnitskaya, whose country is the special guest of honor of the 2015 Belgrade book fair, and Serbian filmmaker Emir Kusturica made speeches at the opening ceremony on Sunday.

Iran’s cultural attaché in Serbia was on hand in the opening ceremony of the book fair which has adopted “What would be if there was no Belgrade Book Fair in all these years?” as its slogan for this year’s edition.

Iran’s pavilion at the cultural event has put on display more than 100 books which have been translated into the Serbian language as well as handicrafts, cultural brochures and films on Iran’s culture and civilization. Valuable books such as The Nahj al-Balagha, Sahifeh Sajadieh, Masnavi-I Ma’navi (in Serbian and Macedonian languages), The Bostan of Saadi, The Conference of the Birds by Attar Neishabouri, poems of Parvin Etesami, Omar Khayyam’s four-line verses, Martyr Motahari’s Dastan Rastan, etc. are also on show in the fair.

Iran’s site which is one of the best in the international event has attracted the attention of many visitors. Iran will attend the 2016 edition of the BIBF as the special guest of honor. The Cultural Office of Iran’s Embassy in Belgrade, the Cultural Department of the Islamic Culture and Communication Organization and the Cultural Department of the Ministry of Culture and Islamic Guidance as well as Iran’s Cultural Fairs Institute will work together to prepare for Iran’s presence in next year’s book fair.