Iran Sees No Limits to Growing Ties with Kyrgyzstan: VP 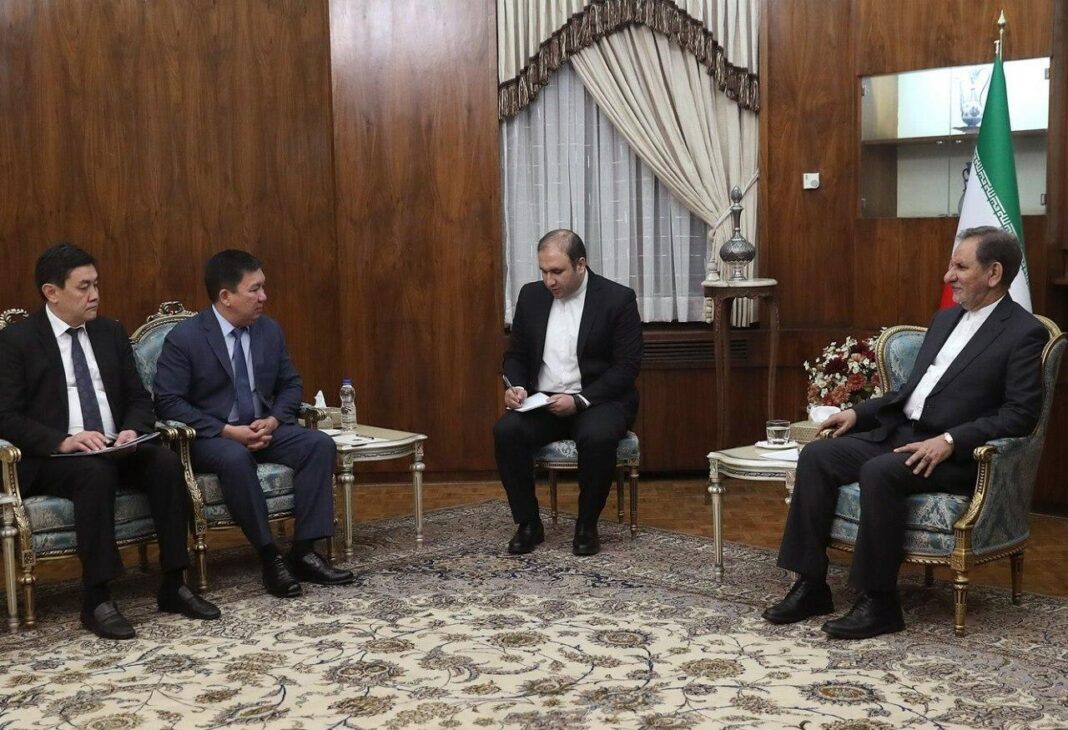 Iranian First Vice-President Es’haq Jahangiri has voiced Tehran’s readiness to enhance ties with Bishkek without any limits, saying the two nations can promote mutual cooperation by employing the ample opportunities available to them.

The Iranian First Vice President made the remarks in a Wednesday meeting with Kyrgyzstan’s Minister of Transport and Roads Zhanat Beishenov and the Minister of Economy of the Kyrgyz Republic Sanzhar Mukanbetov in Tehran.

Expressing satisfaction with a successful meeting of the Joint Commission on Economic Cooperation between the two countries, Jahangiri hoped that the agreements made in the commission would remove the obstacles to mutual cooperation and lead to a road map to the expansion of bilateral ties.

He also noted that the necessary legal documents for the process of boosting cooperation have been ratified and the ground has been prepared for the promotion of regional interaction within the framework of the Eurasian Economic Union.

The vice president further said an agreement to start direct flights between Tehran and Bishkek would greatly facilitate the trips by the two countries’ business people, proposing that Iran and Kyrgyzstan should begin using their own currencies to broaden economic ties and increase the trade exchanges.

For his part, Kyrgyz Minister of Transport and Roads Zhanat Beishenov said he has discussed a broad range of issues with his Iranian counterpart during the visit, noting that constructive agreements have been reached in the negotiations.

Highlighting Iran’s role in the Eurasian Economic Union, Beishenov expressed gratitude to the Islamic Republic for helping construct a sports complex in his country.

In comments at the Wednesday meeting, the Minister of Economy of the Kyrgyz Republic said the Central Asian country has been a supporter of Iran’s membership in the Eurasian Economic Union, stressing that the union’s capacities should be employed to expand relations between Tehran and Bishkek.