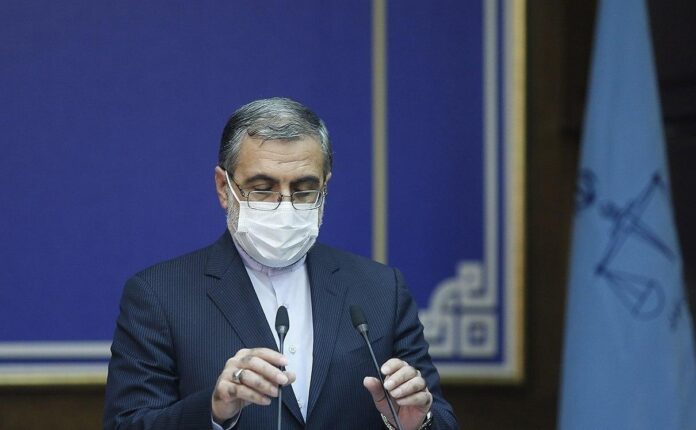 The Iranian government spokesman says Tehran will not stand idly by and watch the United States’ “unjustifiable provocations.”

In comments made on Tuesday, Ali Rabiei touched upon the recent harassment of an Iranian airliner by US warplanes in the Syrian airspace, saying, “this dangerous move by the US was completely unprofessional and politically motivated.”

“Our priority is to make sure such incidents won’t happen again, incidents which are examples of triggering terror and panic among ordinary people,” he said.

“A detailed report and complaint about the incident has been presented to the International Civil Aviation Organization (ICAO), and at the same time we are examining all other legal options,” the spokesman said.

“This incident showed that the US does not abide by aviation rules. The responsibility for whatever incident that would jeopardize the health and lives of civilians along air routes in the future would rest with the US, and it should await the consequences of its actions as well,” he said.

“We seriously warn the US to put an end to its unusual and illegal behaviour before it is too late,” he said.

Elsewhere in his remarks, the spokesman said Washington’s “maximum pressure” policy on Tehran is a failed approach, adding that the White House has turned a blind eye to the realities in Iran.