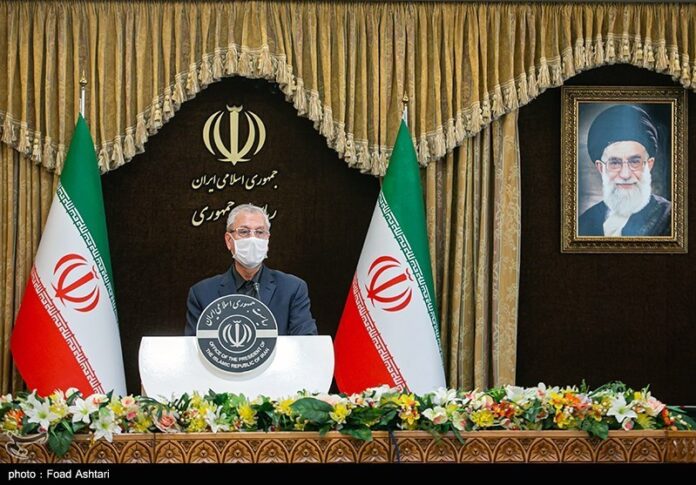 The Iranian government spokesman has reiterated that whoever takes the helm in the US will not influence Tehran’s policies, but if he changes the US’ policies, that will benefit the region and the world.

Ali Rabiei, in comments on Saturday, reiterated that what matters to Iran is what approach the administration of the next US president adopts.

“The Supreme Leader said whoever becomes US president will have no bearing on our policies. Mr. Rouhani, too, echoed the same, saying who is elected as president in the United States is not important to us, but what is important is the approach that the US adopts,” said Rabiei.

“These remarks do not mean ignorance of potential differences in behaviour that different US presidents might exhibit; rather, the comments are a testament to the principles which have driven our foreign policy in recent years, especially after the eleventh [Iranian] administration took office,” he said.

“During all those years when the Trump administration, with personal selfishness and a nature of warmongering and spreading hatred and by bringing together the most anti-human group at the White House, and in defiance of the former US administration and prodded by a number of regional countries, chose to withdraw from the JCPOA and impose unilateral and illegal sanctions on our nation, we offered a very simple solution to this act of law breaking: Return to the JCPOA and comply with the commitments which not only the Obama administration, but the US government, as a legal and lasting entity, had undertaken to fulfill before the international community,” said the government spokesman.

“All of us knew that submission to Trump’s bullying would not only not make him retreat, but also jeopardize Iran’s long-term interests,” he noted.
“We also knew that such a policy would set a wicked precedent that might hold Iranians hostage to sanctions for the coming decades … and, in one sense, there would be no end to Trump’s illegitimate demands and Iran would turn into a humiliated and fragile society,” he said.

“From our point of view, the JCPOA’s raison d’être was to free the country’s national economy from being hostage to political games and the false crises associated with them, so that Iran’s domestic development would no longer be contingent upon ups and downs in foreign relations,” he said.

“Henceforth, one of the objectives of the JCPOA was to counter strategies adopted by the US, Zionists and some regional warmongers who wouldn’t like to see Iran’s growth and development,” he said.

“In fact, employing constructive foreign interaction not only prevented the United States’ bellicose policies and was a message of regional peace, but also set the stage for tapping into a global opportunity for economic development in our country with reliance on domestic potential,” said the spokesman.

He said the Iran nuclear deal not only protected national development, but served as a tool to stand up to the US bullying and unilateralism against Iranians.

He said the Trump administration pulled out of the JCPOA, and the next person who takes the rein at the White House can change tack and adopt an approach unlike that of Trump “who tried to associate his war on the JCPOA with Iranians’ livelihoods, health and welfare.”

“Today, the ‘maximum pressure’ policy’s days are numbered,” he noted.

“Unlike what Trump thought, not only did Iran not collapse, but experienced an oil-free economy through resistance,” he said.

He noted the US can return to the logical path by respecting Iranians’ right to enjoy welfare, health and security and distance itself from anti-human and warmongering policies that the White House has adopted today.

“Such a path will benefit world peace and security as well as people in the region as well,” he said.