Iran Says Ready for Cooperation with Sri Lanka against Terror 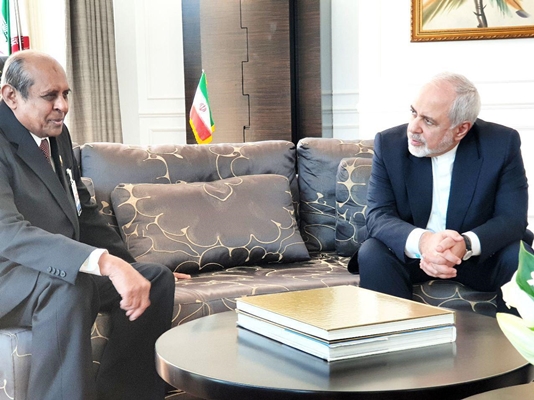 Iranian Foreign Minister Mohammad Javad Zarif says the Islamic Republic stands ready to cooperate with other countries, Sri Lanka in particular, to fight against the global problem of terrorism.

He made the remarks in a Wednesday meeting with his Sri Lankan counterpart Tilak Marapana in the Qatari capital of Doha.

Zarif condemned the recent terrorist attack in Sri Lanka, and described terrorism as a global scourge. He also expressed Tehran’s preparedness for cooperation in eradicating terrorism.

At least 253 people were killed and hundreds of others wounded in the bombings, which took place when churches were crowded with worshipers marking Easter Sunday.

Police forced stormed the headquarters of the so-called Nations Thawahid Jaman (NTJ) in the town of Kattankudy, searching the place and detaining a man there.