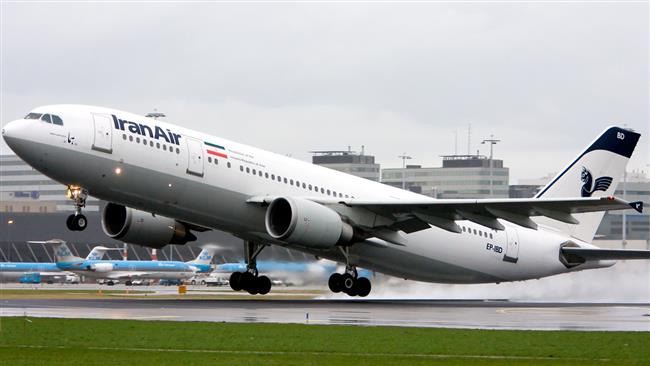 After a hiatus of over three decades, Iran is now looking into the possibility of launching direct flights to the United States in light of the removal of sanctions that have prohibited the country from doing so.

Iran’s aviation officials say the country is technically prepared to launch direct flights to the United States, but an authorization to do so is still needed.

“Iran’s aviation fleet is equipped with long-range planes that can make direct flights to the US without having to stop and refuel anywhere,” said Mohammad Khodakarami, the caretaker head of Iran’s Civil Aviation Organization (CAO).

Khodakarami has been quoted as saying by the domestic media as saying that launching a direct flight to the US requires obtaining the necessary “diplomatic authorizations” from the related organizations.

“Once the authorizations to do so are issued, CAO will start following up the other aspects involved in this issue,” he said.

Iran’s Fars News Agency reported in September 2013 that President Hassan Rouhani has ordered to study the possibility of launching direct flights to the US.

Fars said the order had been issued after President Rouhani had met Iranian expatriates living in the US on the sidelines of UN General Assembly in New York.

Also, the former CAO head Alireza Jahangirian was quoted by the media as saying in August 2014 that several aviation majors including Boeing have voiced readiness to help launch direct flights between Iran and the US.

“Those companies have obtained an authorization from the US Treasury Department [for direct flights to Iran] and have started to talk to some Iranian airliners,” Jahangirian was quoted by Mehr News Agency.

“At present, both sides are taking care of the last stages of finalizing related deals for this,” he said.

The current sanctions prohibit Iranian airlines from flying to the US. However, the recent breakthrough in Vienna between Iran and the P5+1 group of countries has already revived hopes in Tehran for the eventual removal of the sanctions.

Iran and the P5+1 – the five permanent members of the Security Council plus Germany – announced in Vienna on July 14 that they had agreed over certain restrictions on the Iranian nuclear energy program in return for the removal of economic sanctions against Iran.

“With regards to the issue of the removal of sanctions, several global plane makers from different countries have presented proposals for cooperation to Iran,” Khodakarami told reporters.

“Those proposals – that range from sales of planes to Iran to sales of airport facilities – have been submitted to the relevant institutions and are already under study,” he added.