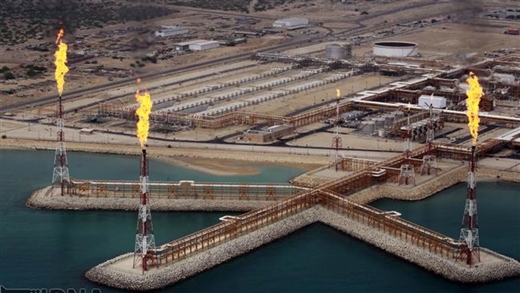 Exporting gas to nearby countries is much more cost-effective than taking it to Europe through a pipeline several thousand kilometers in length, said Alireza Kameli.

The recent breakthrough in Vienna by Iran and P5+1 over the country’s nuclear energy program triggered hopes that many of Iran’s energy projects that had been suspended due to sanctions could be revived. One such project is to pipe Iran’s natural gas to Europe. However, Iranian officials are now voicing skepticism over whether this is today any more feasible given the various complications involved.

Alireza Kameli, the managing director of the National Iranian Gas Export Company (NIGEC), has been quoted as saying by Iran’s domestic media that piping natural gas to Europe is not economically justifiable under the present conditions.

Kameli has emphasized that neighboring states as well as Asian markets are today the prime target of Iran’s gas export plans.

Exporting gas to nearby countries, the official said, is much more cost-effective than taking it to Europe through a pipeline several thousand kilometers in length.

“Besides, taking the pipeline through the territory of each host country will require paying transit fees. That comes on top of other technicalities involved,” Kameli has been quoted as saying by the Persian-language newspaper Afarinesh. “These will eventually reduce Iran’s profits from the whole scheme.”

Iran had for years pursued plans to export natural gas to Europe. A tentative scheme that was developed in cooperation with Nabucco – a consortium led by Austria’s OMV – envisaged piping Iranian natural gas from the southern energy hub of Assaluyeh to Turkey and thereon to Europe.  However, Nabucco eventually abandoned Iran in 2008 after the emergence of complications such as US-engineered sanctions against the Iranian energy sector.

A parallel plan to export Iranian gas to Europe – again through Turkey – has been pursued by Switzerland’s EGL, also known as Elektrizitaetsgesellschaft Laufenburg.

Based on the EGL scheme, the Iranian natural gas would be taken to Greece and Albania through Turkey. From there it would flow to Italy through a pipeline under the Adriatic Sea before reaching Switzerland. This scheme had a fate similar to that of Nabucco.

Different parties involved in both projects have recently tried to revive them, specifically in light of Vienna developments.

Even though doubts have been lately emerging over the feasibility of piping Iranian gas to Europe, officials in Tehran have not openly announced that it will be totally off the agenda.

Analysts believe that Iran will continue to view Europe as a potential gas market but at the same time will wait for more modern supply mechanisms to reduce costs and increase profit margins.

An example of such mechanism could include turning natural gas into LNG and shipping it overseas. Iran’s access to the related technology for liquefying natural gas is banned under the current sanctions regime and many are already hoping that the breakthrough in nuclear talks with P5+1 would lead to the lifting of sanctions on LNG technology to open the way for Iran’s ambitious gas export plans.