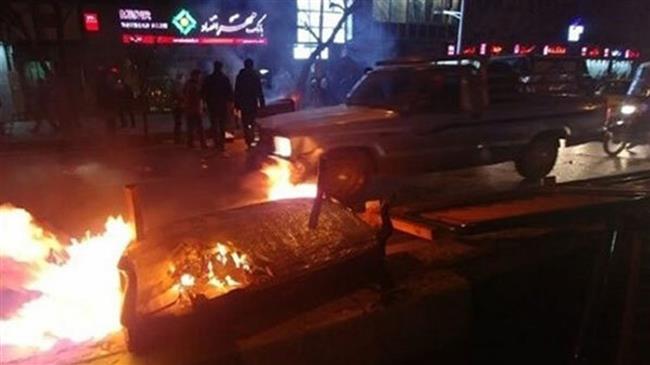 Foreign Ministry Spokesman Seyyed Abbas Mousavi has rejected as hasty and counterproductive a resolution by the European parliament about the recent unrest in the country.

Mousavi told IRNA on Monday that the December 19 resolution was “an impetuous and unconstructive move based on the distortion of the realities on the ground.”

He reiterated that the Islamic Republic of Iran as a democratic system recognises freedom of expression, peaceful protests and gatherings as a natural and legal right of its citizens and has always adhered to it.

“The Islamic Republic of Iran, like any other independent state, will carry out its intrinsic and legal duties in providing the country’s national security and dealing with armed groups that take the lives of innocent civilians and plunder their property.”

He went on to say that the perpetrators of the martyrdom of a number of honourable people of Iran were the infiltrators who, with the support of some foreign intelligence services, abused the protesters’ rallies and opened fire on innocent people by attacking the demonstrators and attempting to take their lives and plunder their properties.

Tehran believes that protecting human rights, especially as a moral-human issue, deserves particular attention and should be taken into consideration in a non-discriminatory manner and far from political and double-standards, he added.

“The question is what has been the position of the European Parliament so far regarding the blatant violation of the rights of the French demonstrators, especially killing and blinding some of them and arresting a large number of protesters?” added Mousavi.

“How can they address the blatant discrimination in some European countries against ethnic, religious and racial minorities?”

“What is the reason behind the silence of the European Parliament and its failure to condemn the US violation of the rights of more than 80 million Iranians as a result of illegal and immoral sanctions?”

Mousavi further called for a return to fairness, realism, and increasing the capacity to tolerate dissenting ideas and norms and to lift restrictions on citizens in some member states and to engage with other nations, especially the civilized nation of Islamic Iran.

He also called on them to avoid politicisation and interact with Iran based on mutual respect and understanding of different principles and values.

On Thursday, European lawmakers adopted a resolution slamming what they called disproportionate use of force during November protests in Iran over fuel price hikes. The lawmakers urged Iran to officially release the death toll.