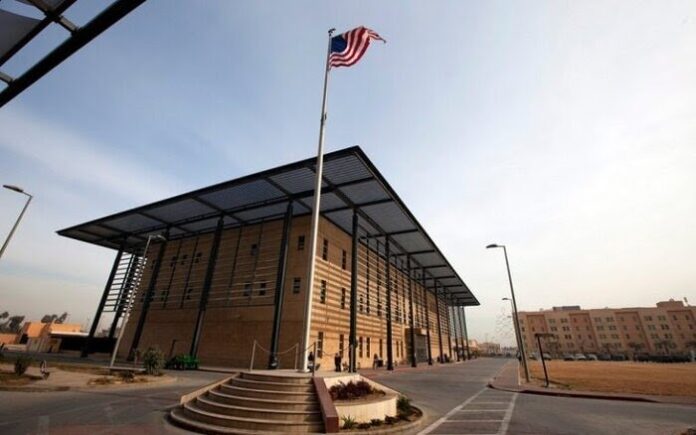 Iran’s government spokesman says the country has always condemned any adventurism in Iraq and attaches great importance to the Arab country’s sovereignty.

Ali Rabiei said Tehran disapproves of any action against the will of Iraqis.

“Respect for the independent sovereignty of our neighbours, particularly Iraq, and stability in that country has always been our top priority,” the spokesman added.

“We definitely do not support any move which is against the will of the Iraqi government and people,” said the spokesman.

He then lashed out at the White House for “delusions,” which, the spokesman said, are a smokescreen for Washington’s failures.

“We are not responsible for US delusions, which are only for domestic consumption and are aimed at deflecting public attention from the Trump administration’s disastrous failures in handling the coronavirus crisis, the country’s damaged economy and the United States’ failed elections,” he noted.

Rabiei also criticized elements who have been seeking to destabilize the region.

“In the meantime, we know that the enemies of peace and stability in the region, who … have been opposed to the JCPOA for years and have spoken out against the JCPOA, are, even today, scared of the revival of the JCPOA and returning to the path of diplomacy too.”

“They are trying to plant bombs, as much as possible, on the path of the future US administration,” he noted.

“We should look at such acts from another perspective, too, as they are moves which could be in line with the recent assassinations, including the killing of Mohsen Fakhrizadeh as well as other similar acts. We can interpret the moves this way, too,” he said.

“These regimes in the region and their affiliates are directly responsible for any subversive and provocative acts as well as false-flag operations and efforts to depict a negative picture of Iran,” he noted.

He made it clear that acts committed by other countries and groups have nothing to do with Iran.

“The Americans stationed in Iraq as well as their leaders know well that there are many groups in Iraq which have their own specific demands based on which they express some opposition. Acts committed by others are not related to the Islamic Republic of Iran,” Rabiei said.

He added Iran is vigilant about all those who seek to trigger tensions in the region.

“In the meantime, we have our sensitivity while watching out for some ill-wishers who capitalize on the situation and want to see chaos in the region,” he said.