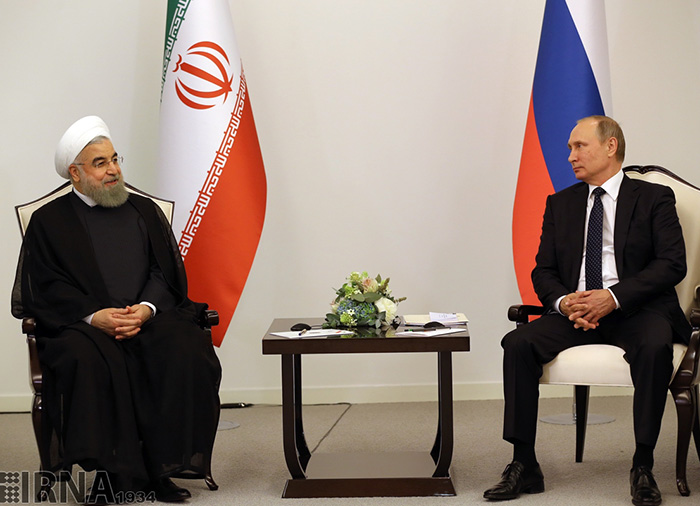 Presidents of Iran and Russia have stressed the importance of accelerating the development of bilateral relations in all fields.

In a meeting in the Azeri capital city of Baku on Monday, Iranian President Hassan Rouhani and his Russian counterpart, Vladimir Putin, said Tehran and Moscow need to make more efforts to speed up the development of all-out cooperation. 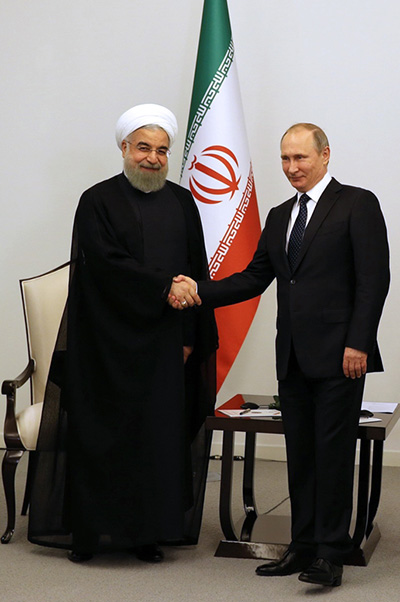 Putin pointed to his key visit to Iran last November and his meetings with senior Iranian officials, particularly with Leader of the Islamic Revolution Ayatollah Seyyed Ali Khamenei, saying that Tehran and Moscow have managed to take very good steps toward the expansion of relations and that the two sides will continue to maintain their consolidated ties.

The Russian leader said that Moscow-Tehran ties have turned into an all-out strategic cooperation in different sectors, including politics and economy, the Kremlin website reported.

“Our friendly relations are strengthening. I am pleased that they are multi-faceted. This applies to the economic relations, political contacts in all areas. It also applies to the humanitarian sphere,” the Russian president said.

Relations between Iran and Russia have developed in all sectors, Putin said, stressing that he saw a bright prospect for the ties between the two countries.

Rouhani, for his part, praised his meeting with Putin as well as the Russian president’s visit to Iran and his talks with Iranian officials last year.

Heading a high-ranking delegation, the Iranian president arrived in Baku on Sunday for a two-day visit to hold talks and discuss matters of mutual interest with his Azeri counterpart Ilham Aliyev and Russian leader Vladimir Putin.

On Sunday, Rouhani met and attended a joint press conference with Aliyev, during which the two sides talked about bilateral ties as well as regional developments. 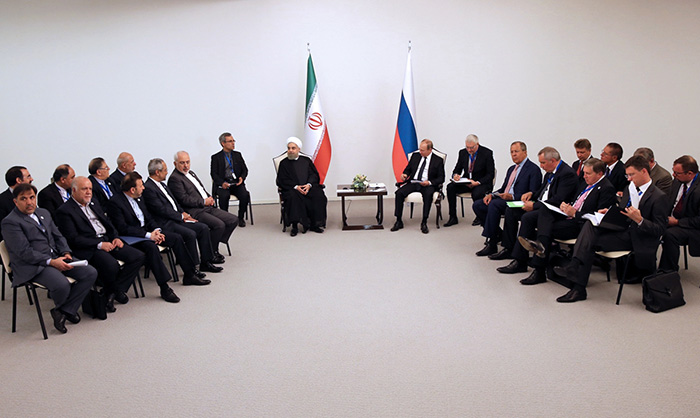