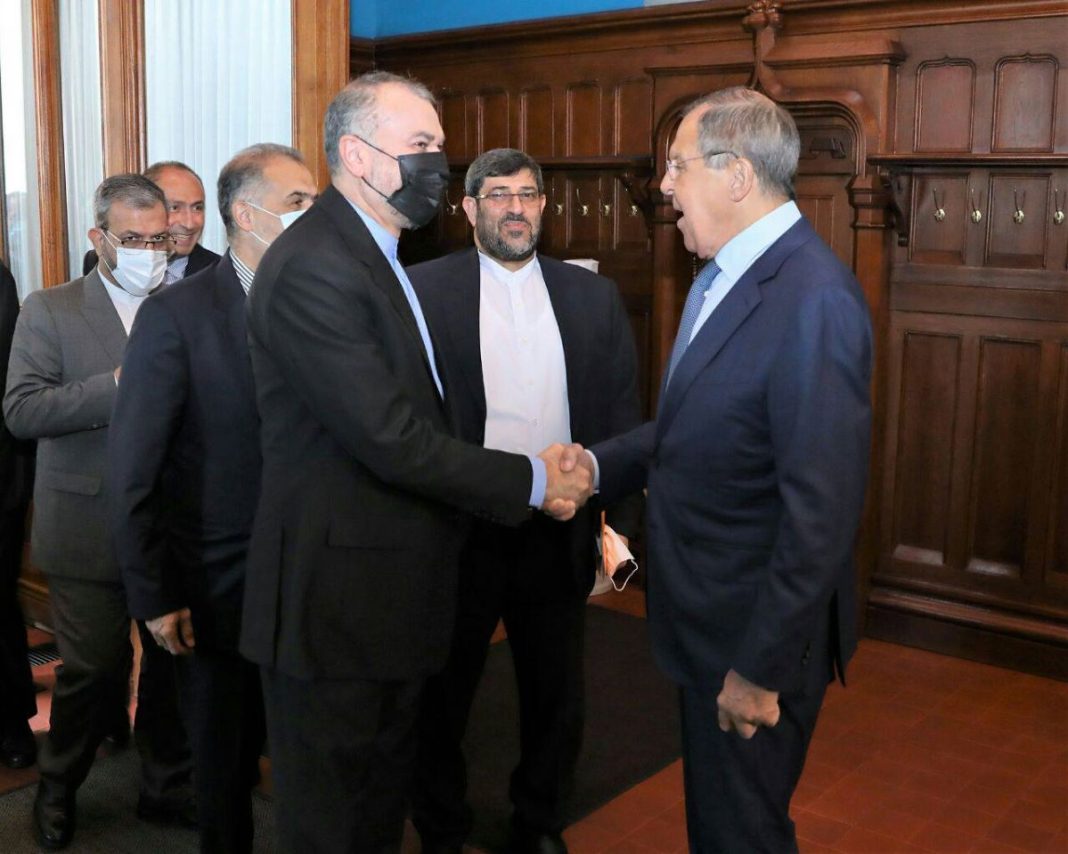 Before the meeting, Amirabdollahian described bilateral ties between Tehran and Moscow as on the right path and focused on the interests of both nations.

He also said he is conveying an “idea” tabled by some European officials about Ukraine.

Lavron, in turn, said they will discuss unconditional revival of the 2015 nuclear deal and the crises in the region and coordination within the framework of the United Nations.

Amirabdollahian had told reporters before his departure for Moscow that the main aim of his visit is helping the resolution of the crisis in Ukraine after a request by what he called “some European leaders” that Iran intervene in the Ukraine crisis and help reduce hostilities, end the war and return things to the negotiating table.