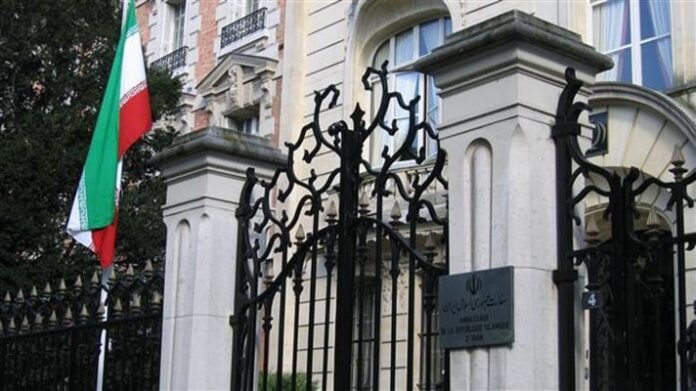 Iran’s Foreign Ministry Spokesman Bahram Qassemi has confirmed an attack by a group of terrorists on the Iranian embassy in Paris, urging the French government to take serious measures to protect all Iranian diplomatic buildings.

In response to questions raised by Iranian reporters on Saturday, Qassemi confirmed that a small number of anti-Iran elements were planning to invade the building of the Iranian embassy in Paris on Friday evening, but failed to enter the embassy building.

However, he said, they caused damages to the embassy by throwing some objects.

Qassemi noted that the French police were naturally expected to be at the scene on time, but unfortunately they were not present when the assailants, affiliated to a terrorist group, attacked the building.

He stressed that the attack as well as the police’s failure to have a timely arrival are under investigation.

Qassemi noted that after numerous attempts by the Iranian side to follow up the issue, a number of assailants were arrested by the police.

He also urged the French authorities to prosecute and punish the perpetrators and declare the results.

On Friday, the Iranian embassy building in Paris was attacked by members of an anti-Iran terrorist group.

A number of terrorists, allegedly affiliated with the Kurdish separatist group the Komala Party of Iranian Kurdistan, threw stones and debris, spray-painted the embassy’s facade and broke several windows.