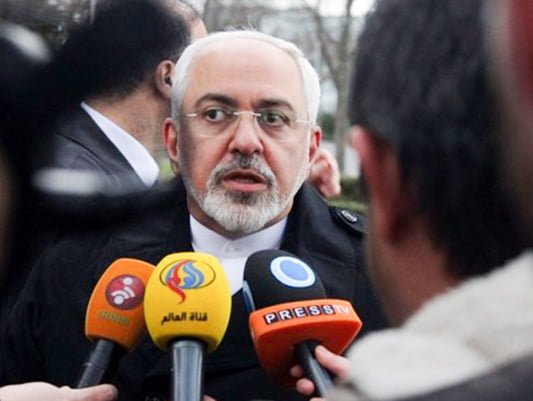 Iran’s foreign minister says the country has always been, and will remain a reliable supplier of petroleum for India.

Mohammad Javad Zarif made the comment while talking to reporters in the Indian capital, New Delhi.

Zarif left for New Delhi on Monday, January 7, 2019, heading a political-economic delegation. He is to hold talks with Indian authorities during his three-day trip, reported Fars News Agency.

The foreign minister was asked by journalists whether or not he would discuss a drop in India’s oil imports from Iran.

“The Indian foreign minister and I are heads of the two countries’ Joint Economic Commission. In a meeting with the Indian oil minister, there will be an opportunity to discuss the matter that Iran has always been, will remain a reliable supplier of petroleum for India,” Zarif replied.

Zarif also elaborated on the objectives of his visit to India.

“The trip comes to attend a research conference which I have been invited to, and I will deliver a special speech at this gathering on Wednesday (January 9) evening. We decided to seize this opportunity and have meetings with different Indian officials, too, along with [individuals from] the private sector and a political-economic delegation,” said Iran’s diplomacy chief.

Zarif went on to say that Iran and India have maintained cordial relations even after US sanctions were imposed on Iran, and that Tehran and New Delhi continue to have economic ties.

“We have a good banking agreement with India signed this autumn after the [imposition of US] sanctions, and it enables the country to maintain exports and imports and meet other financial needs as well,” said the foreign minister.

Zarif also talked about the delegation accompanying him during his trip.

“The very strong presence of the private sector in this trip shows our private sector’s interest in seizing this opportunity to promote our relations at a time when unfair sanctions have been imposed on us,” Zarif added.

He said there are a whole variety of fields in which bilateral relations can be expanded, namely the Chabahar port and the Indians’ interest to be present in Chabahar and participate in the development of the infrastructure for the transport of goods in Iran.

He said the two countries also have economic cooperation in other areas, namely in the energy sector.

Zarif said a delegation of knowledge-based companies is also accompanying him during his trip to India.

“We are happy to see that knowledge-based economy is expanding in Iran,” added the Iranian

Zarif said he will attend two research gatherings on Tuesday and Wednesday (January 8 and 9, 2019) and deliver speeches there, adding an economic forum will be held as well.

“I will also have meetings with a number of ministers, namely the ministers of foreign affairs and transportation, and I hope this trip will pave the way for mutual cooperation, especially between the private sectors,” said Zarif.

The Iranian foreign minister’s trip follows his previous visit to India in mid-2018.