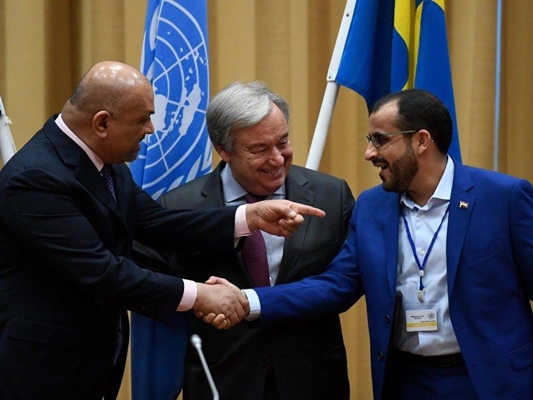 Iranian Foreign Ministry Spokesman Seyyed Abbas Mousavi has dismissed the US secretary of state’s “false” claims on Tehran’s role in the implementation of Stockholm agreements in Yemen, describing them as part of a “blame game” aimed at covering up the Saudi crimes.

In a Tuesday statement, the spokesman described Mike Pompeo’s anti-Iran accusations as an “escape forward” and part of a blame game aimed at covering up the Saudi-UAE coalition’s crimes in Yemen and their efforts to stonewall and hamper the implementation of Stockholm agreements.

“Reports indicate that the National Salvation government in Sana’a has cooperated with the United Nation’s special envoy and is prepared to implement the Stockholm agreements. The reports also reveal the other sides’ efforts to hamper the implementation of the agreements,” he noted.

Mousavi then underlined the positive role played by the Islamic Republic of Iran in achieving the Stockholm agreements last year and said it is better for the US, as the supporter of the crimes committed by Saudi Arabia and the United Arab Emirates in Yemen, to urge the aggressors of Yemen to stop hampering the agreements and remain faithful to their pledges instead of levelling unfounded accusations against other countries.

“The Houthis continue to refuse to comply with the agreements that they signed up for in Stockholm, Sweden, they refuse to withdraw from the port of Hudaydah … this is because Iran has chosen to direct them to do that”, Pompeo claimed at an event in Washington.