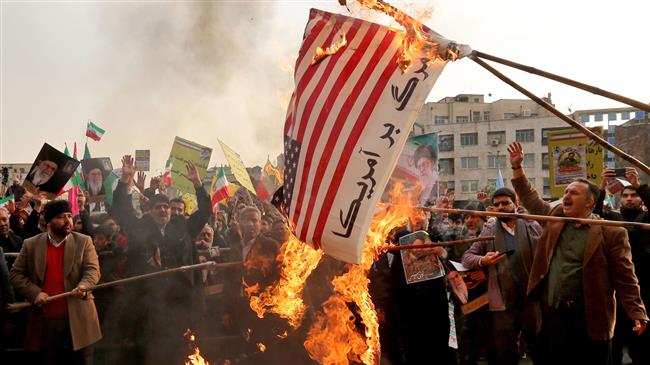 An official at Iran's Supreme National Security Council (SNSC) has categorically dismissed a report by the Reuters news agency that claimed a death toll of around 1,500 people during recent riots over fuel price hikes.

The London-based news outlet said in a report on Monday that, “About 1,500 people were killed during less than two weeks of unrest that started on November 15, including at least 17 teenagers and about 400 women as well as some members of the security forces and police.”

Reuters claimed that the figures had been provided “by three Iranian interior ministry officials,” without further elaboration or naming any of them.

In an interview with Tasnim news agency, head of the SNSC’s Information and Communications Secretariat dismissed the Reuters’ report and said such claims were based on “false propaganda.”

“Such types of news writing and making accusations are by no means a complicated task. These claims are leveled based on a set of premeditated psychological warfare and lack credibility,” Alireza Zarifian Yeganeh said.

“The protestations that Reuters made in its report are totally worthless not only in terms of security issues and intelligence but in the field of news and media, and will damage the already-tarnished credibility of this agency,” he added.

The move prompted some peaceful protests, but riotous elements, taking advantage of the situation, quickly entered the scene, destroying public property, setting ablaze banks and gas stations among other facilities, and opening fire on people and security forces.

Shortly after the riots broke out, Leader of the Islamic Revolution Ayatollah Seyyed Ali Khamenei tasked the Supreme National Security Council with compiling a report detailing the reasons behind the riots and immediate attending of the families of the victims.

Iran’s Judiciary has said a number of those elements were tied to the notorious US-backed Mujahedin-e Khalq Organization (MKO) terror group, royalists as well as separatists — who were nabbed in the country’s border provinces — besides members of organized groups trained towards staging acts of sabotage.

Iran has arrested over 100 ringleaders and masterminds of the violent attacks.