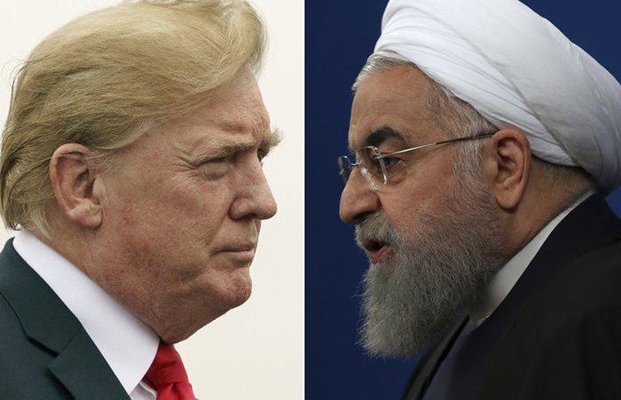 A senior Iranian official has ruled out the possibility of a meeting between Iranian and US presidents in New York.

Alireza Miryoosefi, the spokesman for the Iranian mission at the United Nations, has rejected media reports about the possibility of a meeting between Hassan Rouhani of Iran and his opposite number Donald Trump on the fringes of the UN General Assembly meeting in New York.

His comments came in reaction to a report by the Japanese Kyodo News Agency, which had quoted an informed source within the US government as saying that Washington has put forward a proposal regarding a meeting between the two presidents on the sidelines of the UN General Assembly.

“This is fabricated news. We have not had such a request, and there is no possibility of a meeting between the two presidents on the sidelines of the UN General Assembly meeting,” said Miryoosefi.

Iran’s president has stressed that his meeting with Trump is only possible if all anti-Iran sanctions are lifted; however, Trump has announced several times over the past few days that he has no intention of scaling back sanctions on Iran.

The US government has imposed several rounds of new sanctions on Iran in recent days. In the most recent case, the US Treasury added 16 companies, 10 individuals and 11 oil tankers to the Iran sanctions list.

The Trump administration withdrew from the Iran nuclear deal known as the Joint Comprehensive Plan of Action (JCPOA) a year ago despite international opposition and Iran’s full compliance with the agreement. Washington then ratcheted up the pressure on Iran by imposing economic sanctions, revoking oil sales waivers and putting Iran’s Islamic Revolution Guards Corps (IRGC) on the lists of terrorist organizations in the hope of forcing Iran to once again get engaged in talks on an agreement favored by the White House.

Iranian officials have announced time and again on numerous occasions that they will not sit down for talks with US authorities. Rouhani also touched upon Washington’s breach of promises in his speech at Iran’s parliament on October 29, 2017. He rejected Washington’s offer of talks, saying how Iran sit at the negotiating table with a country which has reneged on its own commitments.

Despite the United States’ announcing its willingness to hold talks with Iran, Tehran officials have stressed several times that Iran will not hold a dialogue with the US until the White House changes its policies vis-à-vis Iran.

In mid-2019, Japanese Prime Minister Shinzo Abe travelled to Iran to convey Washington offer of Talks to Tehran. In his meeting with Leader of Iran’s Islamic Revolution Ayatollah Seyyed Ali Khamenei, the Leader rejected out of hand any negotiations with the US.

Recently, Iranian Deputy Foreign Minister Mohammad-Kazem Sajjadpour said in an interview with Al Jazeera that Iran does not trust the US and that there is no possibility of holding talks with US officials.