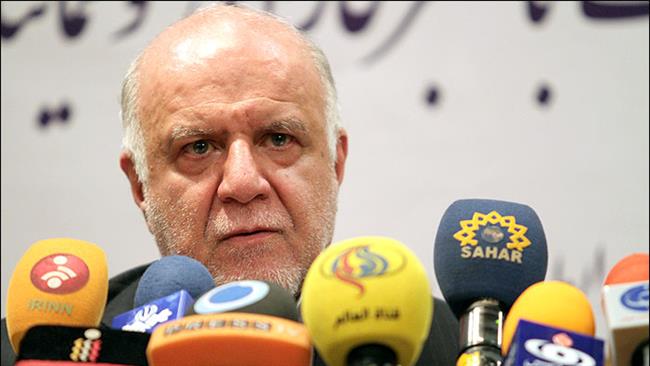 Iran on Tuesday vehemently rejected any possibility that it will stop increasing its oil production with the country’s oil minister Bijan Zangeneh mocking any request on Tehran to that effect as “a joke”.

“Some countries that are producing above 10 million barrels per day (bpd) have called on Iran to freeze its production at one million bpd,” Zangeneh said in what appears to be a reference to Saudi Arabia.

“This is more like a joke that they tell us they would freeze their production above 10 million bpd and that we should also in turn freeze our production at one million bpd,” he said in a speech to an expert energy panel in Tehran.

The Iranian minister made the comment in reaction to a plan that has reportedly been raised by the Saudi Oil Minister Ali al-Naimi.

Last Wednesday, oil ministers from Venezuela, Iraq and Qatar met Zangeneh to discuss oil market conditions.  Zangeneh told reporters after the meeting that an understanding had been reached at the end of the talks for OPEC and non-OPEC oil producers to keep their current output ceiling to help stabilize the market and boost the prices. However, he did not specify if Iran would also keep its production.

A day earlier, oil ministers from Venezuela, Qatar, Saudi Arabia and Russia had met in Doha to discuss ways to stabilize the market. They had announced at the end of the meeting that they had agreed to freeze output in a bid to shore up prices after a 70 percent drop due to chronic oversupply.

Zangeneh had for long vowed that Iran will increase its oil production by 500,000 bpd as soon as the sanctions – that kept a ceiling of about 1 million bpd on the country’s oil production –  would be lifted.

The sanctions were lifted in January after a key nuclear deal that Iran had sealed with the P5+1 group of countries – the five permanent members of the Security Council plus Germany – was implemented.

The country simultaneously said that it had started to ship oil cargoes – each with a volume of several million barrels – to international clients.