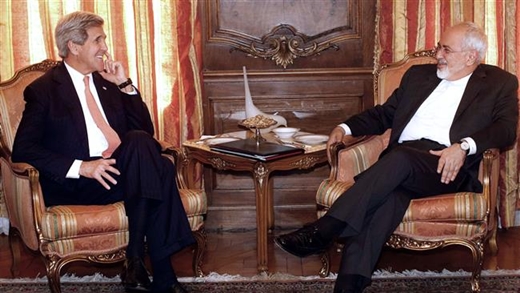 Iran has rejected a report about a connection between the relocation of its Interests Section in Washington and the ongoing negotiations with the P5+1 on its nuclear program.

Iran has rejected a report about a connection between the relocation of the country’s Interests Section in Washington and the ongoing negotiations with the P5+1 on its nuclear program.

Dismissing a recent report by The Washington Post, Head of the Press Office of Iran’s permanent mission to the United Nations Hamid Babaei has said the approval of Iran’s request to relocate its Interests Section was not related to Tehran’s nuclear talks with the six global powers.

The permission to change the mission’s building in Washington was issued last year following correspondence with the US Department of State, he added.

Babaei said the surge in requests for consular services, the limited space and deterioration of the building’s structure were among the reasons behind the request for the building’s relocation.

In a report Friday, The Washington Post claimed that the United States is allowing the Iranian Interests Section in Washington to move to new headquarters in what may be among the first negotiated deals with Iran since relations broke off in 1980.

Iran and the P5+1 group of countries — the United States, Britain, France, Russia, China and Germany — reached a mutual understanding on the parameters of a comprehensive agreement over the Islamic Republic’s nuclear program in Lausanne, Switzerland, on April 2.

They agreed to finalize an overarching deal on Tehran’s nuclear program by the end of June.