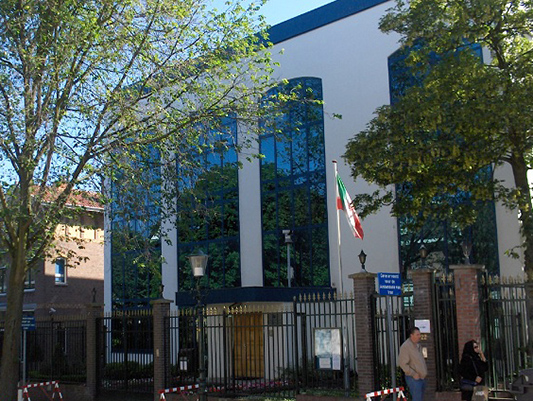 The Iranian embassy in The Hague has reacted to a Dutch MP’s throwing away of a Christmas gift sent by Iran, saying that the New Year's congratulation messages have been sent to different figures regardless of their gender.

A video recently aired by POW channel showed Henk Krol, the parliamentary leader of 50PLUS party in the House of Representatives of the Netherlands, dumping a Christmas gift he had received from the Iranian embassy. Krol claimed in this video that the gift had been sent only to male members of the Dutch parliament.

In reaction to the move, Iran’s embassy in The Hague said many women have been among the recipients of the message of the Iranian Ambassador as well.

According to a Farsi report by IRNA, the embassy announced in its statement that the video of throwing away of the Christmas gift sent by Iran’s embassy has been released by a cheap and yellow media.

Iran’s embassy said that every year the embassy sends a greeting card and a small gift to Dutch officials and salient figures on the New Year’s Eve.

“This year, the number of recipients of the message increased and the congratulatory message was sent to the parliamentary figures as well. Unfortunately, this person, with an incomplete and negative outlook at the Islamic Republic of Iran, claimed that the embassy congratulations were sent only to men. While the fact is that the New Year greetings have been sent to officials and personalities regardless of their gender, and many women have also been among the recipients of the greetings of the Iranian Ambassador,” reads the statement.

According to the statement, the Dutch Ministry of Foreign Affairs has also expressed regret at this ignorant act of the Dutch party figure.

Many Iranians living in the Netherlands have also denounced the move calling on this person to apologize.