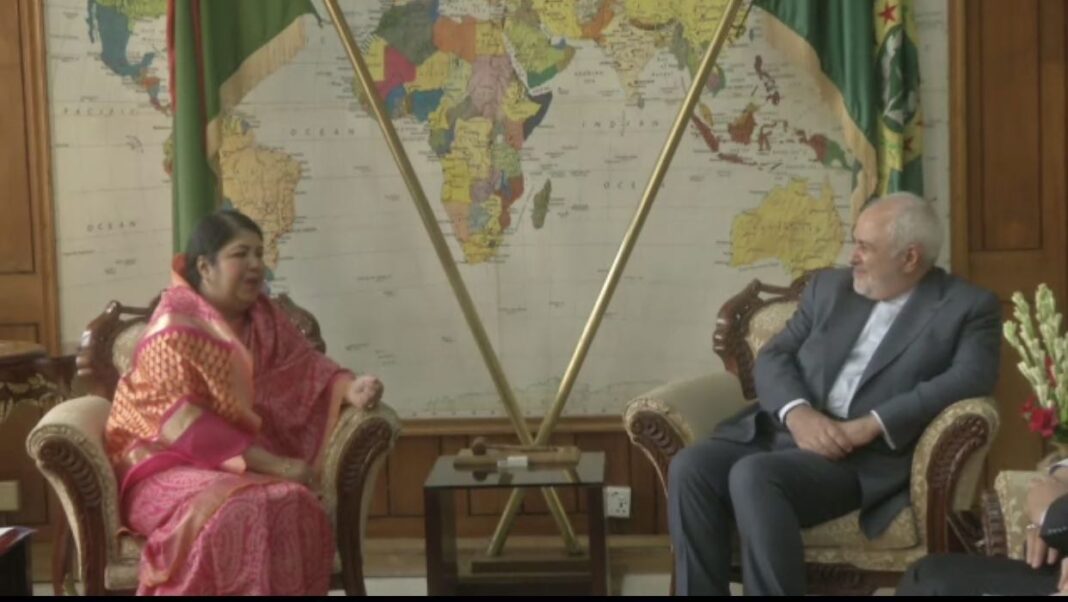 During the Wednesday meeting, the two sides conferred on enhancement of parliamentary relations, expansion of people-to-people communications, and support for development of business and trade cooperation.

They further discussed diversification of collaborations, implementation of joint projects in various fields including modern technologies, use of national currencies in bilateral trade, and support for cooperation between the two countries’ chambers of commerce.

Also on the agenda of talks was enhancement of joint efforts in the Muslim world and international bodies, particularly in the Parliamentary Union of the Member States of the Organization of Islamic Cooperation (OIC).

The Iranian top diplomat is in Dhaka to attend a ministerial meeting of the Indian-Ocean Rim Association (IORA).

He will later leave Bangladesh for Indonesia, where he is to hold talks with top officials of the country.