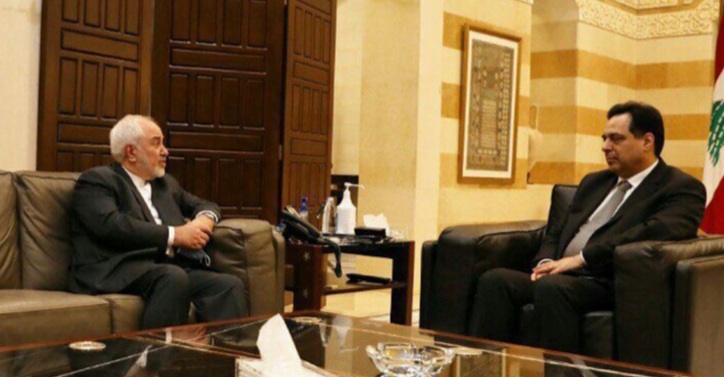 Iranian Foreign Minister Mohammad Javad Zarif has expressed the country’s readiness to assist Lebanon with the reconstruction process in the wake of a recent blast in Beirut.

As part of his ongoing visit to Beirut, Foreign Minister Zarif on Friday held a meeting with Hassan Diab, the prime minister of the Lebanese government with a caretaker capacity.

In the meeting, Foreign Minister Zarif expressed the Iranian government and nation’s sympathy with the people and government of Lebanon over the recent explosion, and voiced Iran’s readiness to cooperate in the reconstruction process and repairing the damages caused by the Beirut blast.

Diab, for his part, thanked Iran for expressing preparedness for help.

He also pointed to Lebanon’s urgent needs, particularly for the treatment of patients and the necessary items for the reconstruction of dwellings in Beirut.

Later in the day, Zarif also held talks with Speaker of the Parliament of Lebanon Nabih Berri.

In the meeting, the top Iranian diplomat expressed solidarity with the Lebanese government and nation over the disaster of blast in Beirut’s port, and commemorated the 14th anniversary of Lebanon’s victory in the 33-day war.

He also voiced Iran’s readiness to cooperate with Lebanon and supply its demands in the current situation.

The two officials then expressed their views about the help for Lebanon.