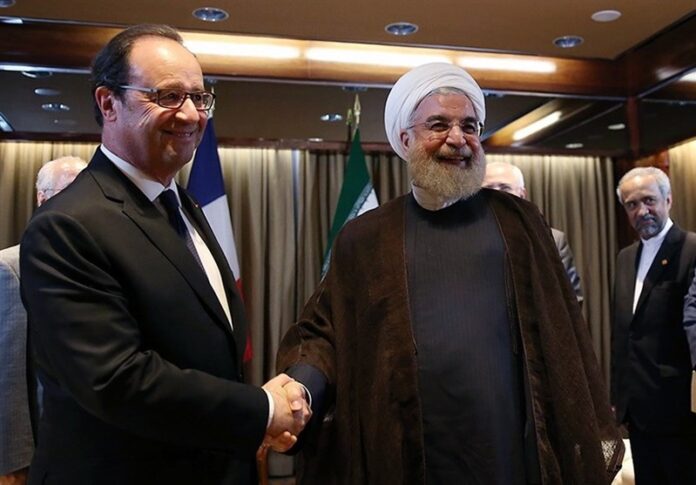 Iranian President Hassan Rouhani described terrorism as not a regional problem but a global one, and voiced Tehran’s willingness to enhance cooperation with European countries, including France, in the fight against the phenomenon.

“The violent and merciless terrorists who have rendered our region insecure can make other parts of the world insecure as well,” Rouhani said in a meeting in New York with his French counterpart Francois Hollande on Wednesday.

The Islamic Iran, as one of the main victims of terrorism, has responded positively to regional governments’ demands for cooperation in the battle against the phenomenon, he stated.

The president added that Iran is ready for more cooperation with Europe, especially France, in the battle against terrorism and extremism and in settlement of regional issues.

He further referred to the developments in Syria and said the crisis in the Arab country should be resolved solely through political means.

The Iranian chief executive also referred to fighting terrorism, sustainable ceasefire, return of refugees, and delivery of humanitarian aid as the major priorities in Syria.

Hollande, for his part, stressed the need for swift measures against terrorism and said Paris is willing to cooperate with Tehran in this regard given the Islamic Republic’s effective role in the region.

President Rouhani is in New York to attend the 71st annual session of the United Nations General Assembly.