Iran Raps US for Pursuing Political Objectives amid COVID-19 Outbreak 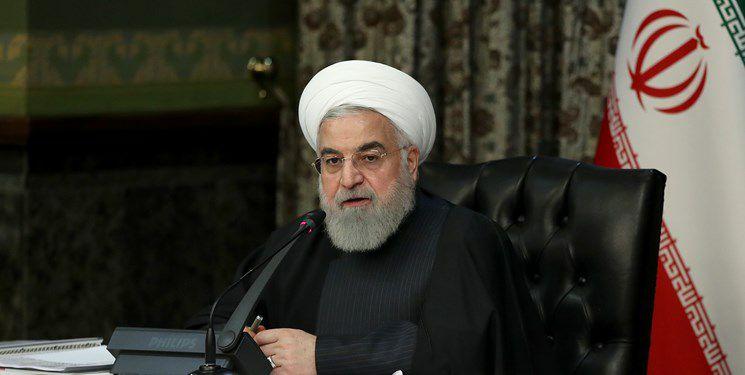 President of the Islamic Republic of Iran Hassan Rouhani has lashed out at the US government for its excessive demands and for pursuing political objectives even amid the outbreak of the coronavirus pandemic by following the policy of pressures and sanctions.

President Rouhani and his Uzbek counterpart Shavkat Mirziyoyev in a telephone conversation on Wednesday hailed the friendly and growing ties between Iran and Uzbekistan, and called for closer interaction between the two countries’ officials to promote and strengthen relations in all fields.

The two presidents also congratulated each other on the start of the Muslim month of Ramadan, and expressed hope that all nations would join hands to overcome the existing challenges.

The Iranian and Uzbek presidents then pointed to the difficulties and problems that the coronavirus outbreak has created in the majority of countries in the world, calling for the promotion of cooperation and rapport between the nations and governments in the battle with the disease.

Discussing the status of bilateral relations and cooperation between Tehran and Tashkent in various arenas, President Rouhani and President Mirziyoyev agreed that the two countries would expand ties in various fields, broaden mutual banking cooperation, facilitate the visa application process for the business people, and restore the economic and trade ties to the previous level in conformity with the health protocols.

The Iranian president touched on Iran’s success in the course of efforts to contain the coronavirus and the production of homegrown medical supplies, such as the diagnostic test kits and ventilators, noting, “The Islamic Republic of Iran is prepared to share its experiences and satisfy Uzbekistan’s demands in the fight against the coronavirus.”

President Rouhani also took a swipe at Washington for its hostile policies, adding, “Unfortunately, certain governments with excessive demands, above all the US, are pursuing their political objectives and imposing pressures and sanctions on the (other) countries and nations even under the current conditions, while we must stand against them.”

President of Uzbekistan, for his part, admired Iran’s success and measures in the fight against the novel coronavirus, stressing, “The Islamic Republic of Iran has a special position in the region, and we attach great significance to the promotion of relations with this country (Iran).”