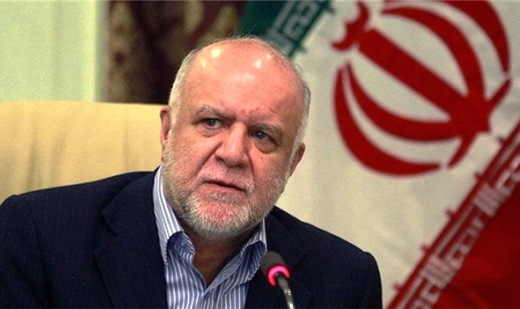 “This increase of output (70m cm/d) will hit 100 million cubic meters by the yearend (March 20, 2015),” Zanganeh said, addressing a meeting of the National Iranian Gas Company (NIGC) directors in Tehran on Sunday.

He noted that the NIGC is working on new phases of the giant South Pars gas field that will add an extra 100 mcm of gas per day to the country’s output once they come on line.

In October, Zanganeh announced that Iran plans to boost production in the South Pars gas field to overcome gas shortage in the country.

“We hope to add another 100 million cm/d to the country’s national grid before the end of the year,” Zanganeh told reporters.

The Iranian oil minister also said that the South Pars gas field’s output will increase to 540m cm/d by the end of the next Iranian year (March 2016).

In November, Managing Director of the NIGC Hamid Reza Araqi announced that Iran is planning to nearly double its natural gas production by 2018 even if the Western sanctions against the country stay in place.

“Over the next four years, our plan is to increase production to 330 billion cubic meters per year,” Araghi said.

The South Pars gas field, divided into 28 phases, is located in the Persian Gulf on the common border between Iran and Qatar. The field is estimated to hold 14 trillion cubic meters of gas as well as 18 billion barrels of condensates.