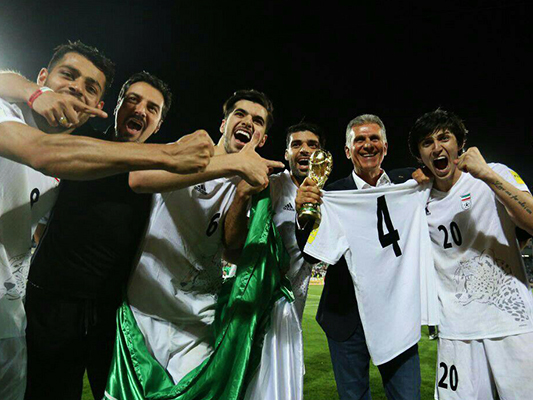 Iran’s national football team defeated Uzbekistan to become the second team in the world to book a place in FIFA World Cup 2018 in Russia.

Iran became the world’s second side, after Brazil, to qualify for the upcoming FIFA World Cup in Russia after beating Uzbekistan 2-0 in a match held on Monday in Azadi Stadium, Tehran.

Strikers Sardar Azmoun and Mahdi Taremi scored the goals that helped Iran qualify for a world cup for the fifth time ever.

This is also the first time ever that Iran is booking a berth in FIFA world cup for the second consecutive time.

The Iranian national team has so far been the only team in the world that has not received any goal during the FIFA World Cup 2018 qualifier matches.

This was an early qualification for Iran as it still has to play against South Korea and Syria.