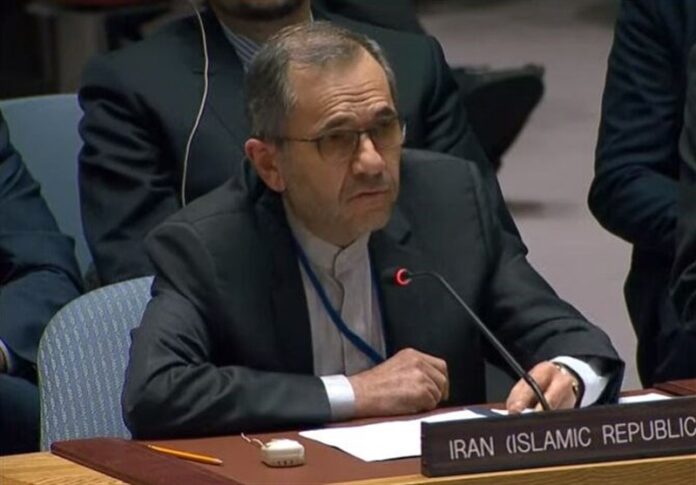 Iran’s permanent representative to the United Nations says the Islamic Republic’s proposed resolution on nuclear disarmament is a test for UN member states.

Majid Takht-Ravanchi wrote in a note on the proposed resolution on Friday that the number of atomic weapons in the world has dropped dramatically since the Cold War, but given their far greater explosive power, the new nuclear weapons pose a grave threat to human life and the planet that’s no less than the old arsenals.

Takht-Ravanchi noted that all nuclear weapons states, under the Treaty on the Non-Proliferation of Nuclear Weapons (NPT), have pledged to eliminate all their atomic arms.

However, he wrote that existing statistics and realities show that nuclear states lack the necessary political will to achieve nuclear disarmament, and are in fact moving in the opposite direction by increasing their nuclear weapons’ budget and modernizing and increasing the destructive power of their atomic arsenals.

Iran’s permanent representative to the UN said the main purpose of the Iranian proposed resolution is the implementation of the disarmament commitments of the nuclear states based on the NPT.

In late October, the UN General Assembly First Committee, with the support of a majority of member states, approved the Iranian-proposed resolution on pursuing the implementation of the agreements reached at the NPT Review Conferences in 1995, 2000 and 2010.

The resolution urges NPT signatories to intensify their efforts to fulfill their commitments based on previous agreements on the elimination of atomic arms under international supervision and in line with principles of transparency and irreversibility.