Iran President Urges All Parties to Return to Rule of Law 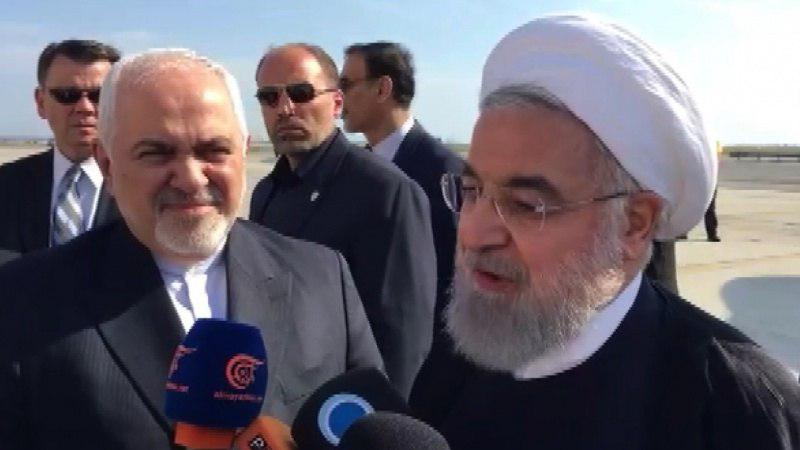 Iranian President Hassan Rouhani has called on all parties to the 2015 Iran nuclear deal, officially known as JCPOA, to return to their commitments and comply with law.

The Iranian president made the remarks on Monday upon arrival in New York, where he is going to attend the 74th meeting of the UN General Assembly.

“We hope that, today in the very sensitive situation of the region, we would manage to convey the message of our regional nations, which is the message of regional peace and end of any interference in the sensitive regions of Persian Gulf and the Middle East,” President Rouhani said.

The Iranian president noted that he was also carrying the message of the great nation of Iran, “which is under the pressure of a cruel economic war.”

“Our nation is a nation of resistance and resilience, and wants all sides to return to their commitments and to the law,” he noted.

He expressed the hope that he would be able to convey the Iranian nation’s message to the international community at the UN General Assembly.

The Iranian president is to propose a new peace initiative at the UN General Assembly called Hormuz Peace Endeavour (HOPE).

“This year, we will introduce to the world a plan which underlines that the Islamic Republic of Iran can ensure security in the Persian Gulf and the Sea of Oman in cooperation with regional countries,” said the president on Sunday.

The initiative is called the Hormuz Peace Endeavour – the gist of which is love and hope – with the slogan ‘The coalition of hope”, he added.

The coalition concept would act under the auspices of the United Nations, Zarif told reporters at a working breakfast with journalists on the eve of the UN General Assembly.