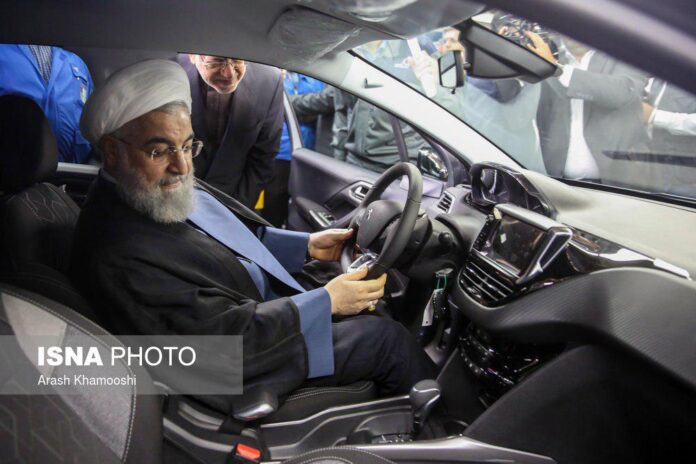 Iranian President Hassan Rouhani has joined a nation-wide campaign called ‘No to Road Accidents’ as the Nowruz vacations begin.

During his Wednesday unannounced visit to the Centre of Emergency Medical Services on Tehran-Karaj Highway as well as Chitgar Relief Centre, Rouhani congratulated the staff of the two centres on Nowruz and thanked them for their round-the-clock services.

“President Rouhani was briefed by the head of Centre of Emergency Medical Services on Tehran-Karaj Highway on the pre-planned measures for offering emergency services to the Nowruz travellers,”.

President Rouhani also joined the ‘No to Road Accidents’ campaign by signing its manifesto.
The campaign has been launched by the Iranian Red Crescent Society volunteers to address the alarming rate across the country and encourage travellers to drive more carefully during Nowruz holidays.

According to the United Nations Children’s Emergency Fund (UNICEF), the rate of road accidents in Iran is twenty times more than the world’s average and traffic accidents on the country’s roads cause thousands of deaths and injuries every year, as well as costing the country’s economy billions of dollars.