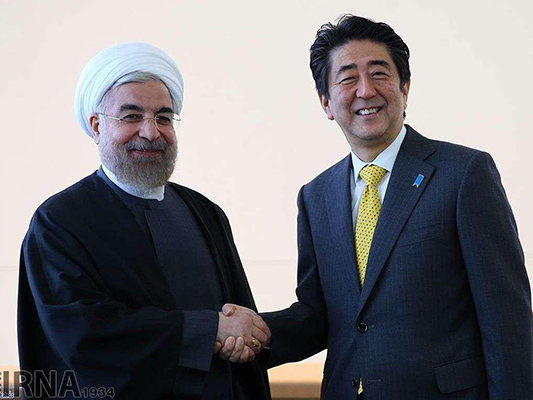 Iranian President Hassan Rouhani has offered congratulations to Japan over the birthday anniversary of Emperor Akihito, which is annually marked on December 23 as a national holiday.

In a Saturday message, Rouhani sincerely congratulated Japanese Prime Minister Shinzo Abe on the birthday of the Emperor and the National Day of Japan.

“I hope that friendly relations between the Islamic Republic of Iran and Japan, which have been growing in all political, economic and cultural aspects in recent years, continue to deepen to serve the interests of the two countries,” the Iranian president noted.

He also wished health and success for PM Abe and prosperity and felicity for the Japanese nation.

The Emperor’s Birthday is a national holiday in the Japanese calendar celebrated on the birthday of the reigning Emperor, which is currently 23 December, as Emperor Akihito was born on that day in 1933. Akihito is due to retire on 30 April 2019, meaning that the holiday will not be observed in 2019, and its next celebration will be on the birthday of Crown Prince Naruhito (23 February 2020).