Iran President Calls on World to Condemn US Attack on Syria 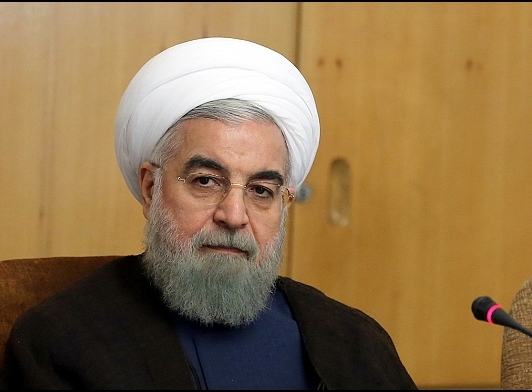 Iranian President Hassan Rouhani on Friday strongly denounced the US strike on a Syrian airfield, urging the international community to oppose such destructive moves.

“The tragedy of Khan Sheikhoun [the alleged chemical attack on Idlib province] is horrifying and must be condemned. It reminds Iranians, victim of CW for years, the attacks in Sardasht,” President Rouhani said in a post in his Twitter account.

“The US aggression against Shayrat strengthens regional extremism and terror, and global lawlessness and instability, and must be condemned,” he went on to say.

“I call on the world to reject such policies, which bring only destruction and danger to the region and the globe,” the president said.

The US launched 59 missiles on a Syrian airbase near Homs earlier on Friday.

On President Donald Trump’s order, the US launched the strike on the Syrian airfield in response to an alleged chemical weapons attack in the town of Khan Sheikhun in Idlib province earlier this week. Damascus has categorically denied carrying out a chemical attack.