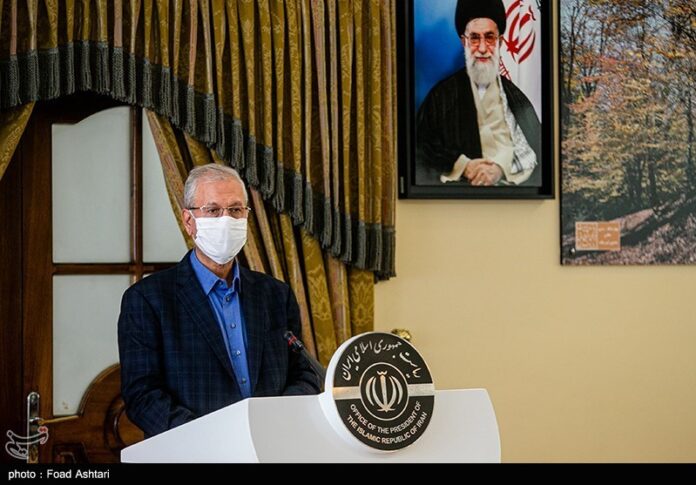 The spokesperson for the Iranian administration has warned the United States to refrain from the mistake of taking action against the Iranian oil tankers carrying fuel to Venezuela, saying Tehran has braced itself for the worst-case scenario.

Speaking to reporters at a weekly press conference on Monday, Ali Rabiei reminded the US of the heavy costs it will have to pay and the harsh reaction that it will receive from Iran in case of taking action against the oil tankers that are shipping gasoline to Venezuela within the framework of legal trade transactions.

“No country is obligated to obey the arbitrary and unilateral American sanctions against the other countries. We are also committed to doing our normal trade exchanges with Venezuela. The oil tankers carrying gasoline have been freighted after receiving an order from the Venezuelan government. This is based upon the free will of countries in the customary international exchanges,” he explained.

“We want to make sure that these commercial consignments will be fully secure from the US government’s maritime banditry, which has taken place in the past,” the spokesman added.

“We expect the international community to show a high sensitivity and proper reaction to such precedent for the freedom in maritime trade routes, and to show reaction to protecting the freedom of travels,” Rabiei noted.

“This is a new obstruction and precedent from the US regime that has reached –we have no choice but to use these phrases- unparalleled rudeness in trampling on the legal regulations and laws,” the Iranian spokesperson stated.

“Our Foreign Minister has given the necessary warnings, and this issue has been also discussed in the administration. Moreover, this topic has been mooted in the Supreme National Security Council,” added Rabiei.

“We hope that the US would not make such mistake. However, we will consider all possibilities in any case. We are prepared for the worst possible thing, although it is too early to comment about Iran’s reaction to such possible American banditry or say what we will do. But if such mistake is made, we’ll definitely reserve all options, and will show the proportional reaction for protecting the freedom of seafaring and increasing the costs of law-breaking unprecedentedly,” the Iranian administration’s spokesperson warned.

Pointing to the history of trade interaction between Tehran and Caracas, Rabiei said the other countries have no right to comment about the trade exchanges between Iran and Venezuela.

On Sunday, Iranian Foreign Minister Mohammad Javad Zarif sent a letter to UN Secretary General Antonio Guterres, warning the US about sending troops to the Caribbean Sea with the aim of interfering with the transfer of Iran’s fuel to Venezuela.