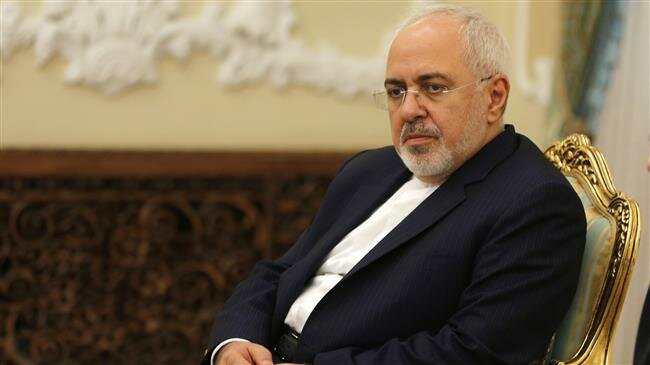 Foreign Minister Mohammad Javad Zarif says Iran will be a companion of Saudi Arabia if the kingdom changes course and pursues regional issues at the negotiating table instead of “killing people.”

Zarif made the remarks in an interview with ICANA on Tuesday in reaction to a report by The New York Times quoting officials of Iraq and Pakistan as saying that Saudi Crown Prince Mohammed bin Salman had asked the leaders of those two countries in recent weeks to speak with their Iranian counterparts about de-escalation.

“Under the circumstances that the Saudis have developed an interest in talking with Iran, if they pursue regional issues at the negotiating table, not by killing people, they will certainly have the Islamic Republic along with them,” Zarif said.

The top diplomat was referring to the massacre of civilians during the Saudi-led military campaign against Yemen, which meant to reinstall a former Riyadh-friendly regime in the impoverished state.

“The Ministry of Foreign Affairs [of Iran] is always ready to cooperate with our neighbors for the security of the region and we have officially announced this position,” the top Iranian diplomat added.

In an address to the 74th session of the General Assembly on September 25, Rouhani said as a steward of maritime security in the Persian Gulf and the Strait of Hormuz, Iran invites all countries that are affected by developments in the strategic region to join HOPE.

He said that the “coalition of hope” aims to promote peace, stability, progress and prosperity of littoral states and help achieve mutual understanding and establish peaceful and friendly relations among them.

“This initiative entails different sectors such as cooperation in providing collective energy security, freedom of navigation and free flow of oil and other [energy] resources from and to the countries off the Strait of Hormuz and beyond that,” the Iranian president added.

The spokesman for President Rouhani’s administration late last month confirmed reports that Saudi leaders have been sending messages to Iran’s president through a head of state, though refraining to give any details on the nature of those messages.

“Yes, this is true that they have sent messages to Mr. Rouhani through a head of state,” Ali Rabiei said, adding, “We must see signs of it [Saudi’s goodwill] without any ambiguity, and the first sign of it is to stop the aggression against Yemen and put an end to the massacre of Yemenis.”

Saudi Arabia and a number of its regional allies launched a devastating campaign against Yemen in March 2015, with the goal of bringing the government of Abd Rabbuh Mansur Hadi back to power and crushing Ansarullah.