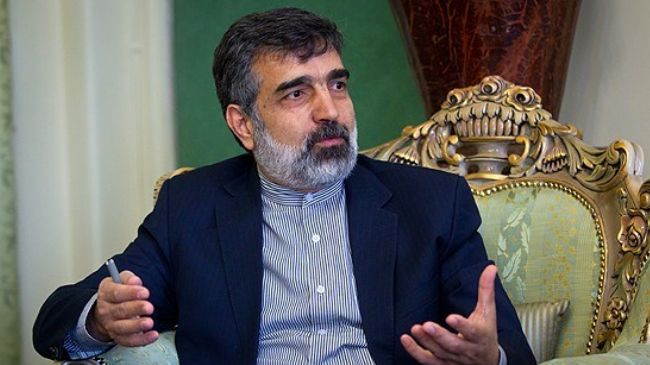 Tehran has blasted a new report released by the International Atomic Energy Agency on Iran, saying rash reporting will tarnish the IAEA image.

A senior Iranian nuclear official has criticized the International Atomic Energy Agency (IAEA) for releasing its reports prematurely, warning that the move will tarnish the image of the UN nuclear agency.

“The IAEA reports should be submitted confidentially before they are finalized; therefore, the premature release [of reports] in the media will undermine its (IAEA’s) credibility,” said Behrouz Kamalvandi, the spokesman for the Atomic Energy Organization of Iran (AEOI), in a Friday interview.

He pointed to the correction of the IAEA’s latest report on Iran’s nuclear activities, saying, “It has not been the IAEA’s first mistake and if the present trend continues, it seems it would not be the last one either.”

On Thursday, the IAEA corrected its previous estimate of the size of Tehran’s low-enriched uranium stockpile, saying it is 8,290 kg.

This came after the agency announced last week that Iran’s stockpile of low-enriched uranium had increased by 625 kg to around 8.4 tons since the IAEA’s September report, estimating the stock to be nearly 8,390 kg.

Kamalvandi noted that the IAEA’s final report on a country can be officially released only after it is discussed at the Board of Governors by the member states and the respective country.

“The release of these reports at certain websites linked to Western countries has been politically-motivated and aimed at influencing the process of [nuclear] talks [between Iran and P5+1]…,” the AEOI spokesman pointed out.

The size of Tehran’s uranium stockpile is one of the moot points in the nuclear negotiations between Iran and P5+1.

The IAEA correction came two days after top officials from Iran and P5+1 — the US, Britain, France, Russia, China and Germany – wrapped up talks over Iran’s nuclear program in the Omani capital city of Muscat on Tuesday.

The next round of nuclear talks between Iran and the world powers is set to be held in the Austrian capital, Vienna, on November 18-24.