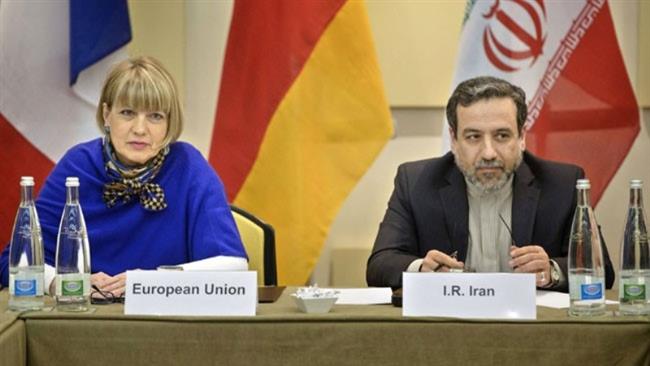 Iran and P5+1 have started a new round of talks in Vienna before the two sides seek to work out a final agreement by the end of the next month.

Iran and P5+1 start a new round of nuclear talks in Austria’s Vienna with an eye on hammering out a final agreement by the end of the next month.

Later the negotiations, which are expected to continue until Friday, could be also attended by top American, Russian, Chinese, British, and German officials.

Negotiators held similar talks in Vienna earlier in the month.

Iran and P5+1 – the US, France, Britain, China, Russia and Germany- reached a mutual understanding in Lausanne, Switzerland, on April 2.

Majid Takht-e-Ravanchi, another Iranian deputy foreign minister in the Vienna talks, said Monday that Tehran seeks a “good” nuclear deal with P5+1. He, however, stressed that the Islamic Republic will not cave in to any excessive demands by the opposite side.

The lifting of anti-Iran sanctions is one of the main issues, over which the two sides have some differences. Tehran insists there will be no phased removal of sanctions and that they must be lifted all at once.