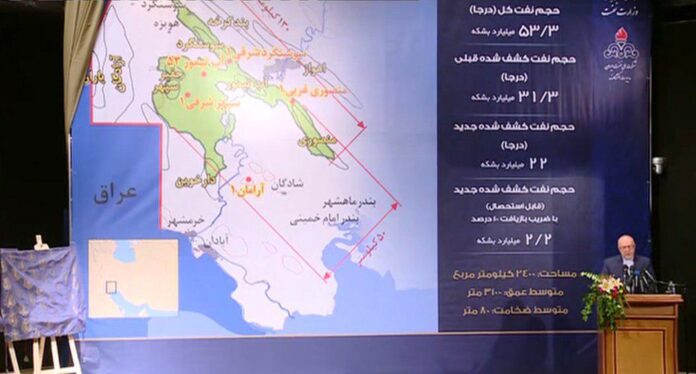 According to Zangeneh, exploration started at the site in 2016, with 31 billion barrels previously discovered. The newly-discovered field adds 22.2 billion barrels to the country’s estimated crude oil reserves.

The new field will also add 2.2 billion barrels of oil to Iran’s production capacity with the current technology which allows for a ten percent recovery rate.

Zangeneh said it could potentially be expanded to south-west and east through further exploration.

The discovery was first announced on Sunday by Iranian president, Hassan Rouhani, in an address to a huge crowd of people in Yazd.