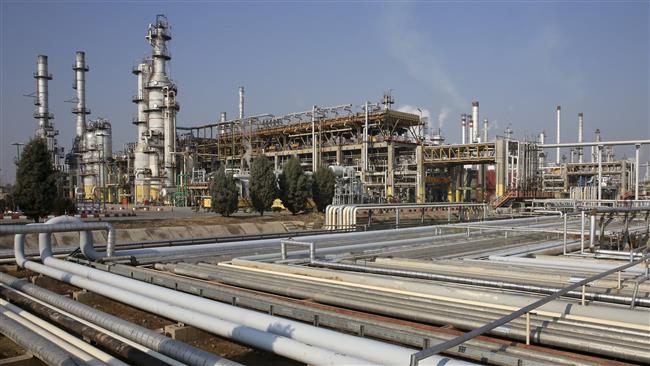 An official at the National Iranian Oil Company (NIOC) says Iran will increase its crude oil exports by 500,000 barrels per day (bpd) during the current month.

Speaking in an interview with Fars news agency on Saturday, Mohsen Qamsari, NIOC’s international affairs director, noted that Iran had already promised to boost its oil exports by 500,000 bpd when international sanctions imposed on the country’s energy and economic sanctions are removed.

“This promise will be fulfilled during the current month … and most of the added volume will go to European countries,” Qamsari said.

Elsewhere in his interview, the official stated that Iran is bent on making further increases to its crude oil exports, adding, “We are now in talks to make a further boost to oil exports. This will take some time and we hope it would be realized in a logical period of time.”

NIOC’s international affairs director also noted that part of Iran’s additional oil output will be sold to the country’s traditional customers, but most of it will be bought by new customers in Asia and Europe.

He said Iran is in the process of signing agreements for exporting oil to such countries as Ghana, adding, “The agreements are still in a preliminary stage and it will take time before they turn into final contracts.”

Speaking to reporters last November, Iran’s Oil Minister Bijan Zangeneh noted that the Islamic Republic would increase its crude production by 500,000 bpd shortly after sanctions are removed and will add a similar amount six months after that.

Taking part in a press conference to explain Iran’s oil policy in post-sanctions era, Zanganeh emphasized, “Iran under no conditions will give up its share of the oil market to others … and will not ask for anybody’s permission for increasing its crude oil exports.”

Sanctions, which had been imposed on Iran by the European Union and the United States over Iran’s peaceful nuclear program were lifted after Tehran and the P5+1 group of countries started implementation of an agreement, dubbed the Joint Comprehensive Plan of Action (JCPOA), which they had clinched last July in the Austrian capital, Vienna.

The beginning of the implementation of JCPOA was announced in a statement read out by Iran’s Foreign Minister Mohammad Javad Zarif and European Union’s foreign policy chief, Federica Mogherini, in January 2016, in which the two sides said, “As Iran has fulfilled its commitments, today, multilateral and national economic and financial sanctions related to Iran’s nuclear program are lifted in accordance.”

In the middle of January, managing director of the National Iranian Oil Company said the Oil Ministry has been ordered to raise the country’s daily oil production by 500,000 barrels per day.

Roknoddin Javadi added, “Following the removal of sanctions, Iran is ready to increase its crude output by 500,000 barrels per day (bpd), and the order to do this was notified [to Iran’s Oil Ministry] today.”