The head of the Atomic Energy Organization of Iran (AEOI) says the 2015 nuclear deal is no longer a one-way street, and all parties – not just Iran – must live up to their commitments.

Ali-Akbar Salehi said the nuclear agreement known as the Joint Comprehensive Plan of Action (JCPOA) entails fulfilment of commitments by all parties to the deal.

“This path was supposed to be a two-way street, but under the current circumstances in which it is a one-way street, Iran will definitely adopt the necessary decisions in due time the same way that it has reduced its commitments under the JCPOA in the first three steps,” said Salehi on Sunday.

He made the remarks in a joint press conference in Tehran with Cornel Feruta, the acting director general of the International Atomic Energy Agency (IAEA) following a meeting where they discussed the latest developments pertaining to the JCPOA.

Feruta, in turn, told reporters that the IAEA will continue to maintain its independent, neutral and professional approach, which is a source of credit for the agency.

He said the IAEA is keen to continue its cooperation with Iran in the future and stands ready to press ahead with its work professionally and with neutrality. 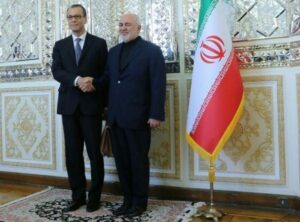 However, his pre-planned meeting with Ali Shamkhani, the secretary of Iran’s Supreme National Security Council has been cancelled for unknown reasons.