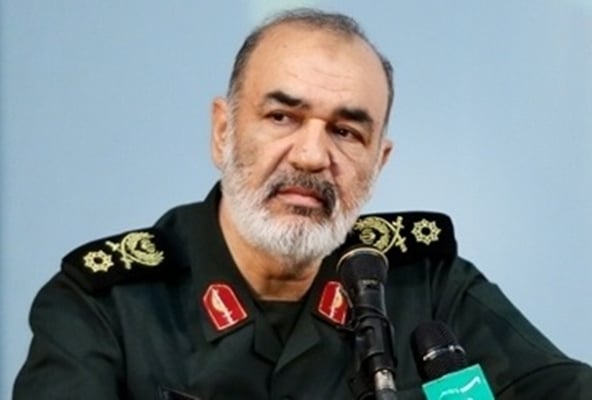 Speaking on the sidelines of an event marking National Persian Gulf Day, the senior commander also touched upon recent anti-Iran claims made by US Secretary of State Mike Pompeo during his trip to Riyadh.

“The Americans pursue a strategy in the West Asia region, and that is to create a conundrum of security and balance of power,” the general said as quoted by the Persian-language Islamic Republic News Agency (IRNA).

He said the reason Washington is creating a conundrum of security is that it wants to make its domination over Arab states last forever and create a permanent need for its presence in the countries on the south coast of the Persian Gulf and West Asia.

He said the US is trying to introduce Iran as a threat and falsely call Iran a sponsor of terrorism while the whole world knows that Iran is at the forefront of fighting terror today.

“The Islamic Republic of Iran is a system which managed to end the ISIS terror group’s domination over Syria and Iraq with prudence, thinking and support,” he noted.

He said Iran has never promoted terrorism, but, on the contrary, has fought it.

“We have never threatened any country and respected the territorial integrity of all countries and recognized their independence,” he said.