Iran Not to Be First Side to Breach Nuclear Deal: Official 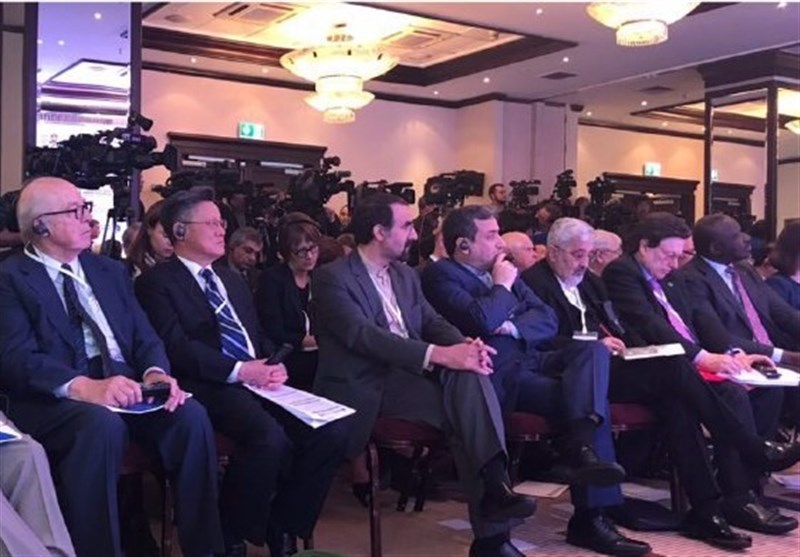 Iranian Deputy Foreign Minister for Legal and International Affairs Abbas Araqchi said Tehran will not be the first side to withdraw from the 2015 nuclear deal between Iran and world powers.

“We won’t be the first (to) withdraw from the deal… We will be committed to our obligations. We will not be the first who violate the agreement,” Araqchi told reporters in Moscow on Friday, RT reported.

He added that Iran would “react” to those who quit the agreement.

Senior Iranian officials, including Araqchi and Spokesman for the Atomic Energy Organization of Iran (AEOI) Behrouz Kamalvandi, have traveled to the Russian capital to attend a seminar titled “A Review of 25 Years of Iran-Russia Nuclear Cooperation & the Horizon Ahead”.

Earlier, Araqchi said the US government’s “irresponsible approaches” have created a new condition for the deal, also known as the Joint Comprehensive Plan of Action (JCPOA).

He added that the JCPOA is not a bilateral agreement between Iran and the US, adding that the historic nuclear deal is an international accord endorsed by the United Nations.

In a major confrontational stance against Iran on October 13, US President Donald Trump refused to certify the multilateral deal on Tehran’s peaceful nuclear program.

Speaking from the White House, Trump said he will choose not to certify that Tehran is complying with the agreement.