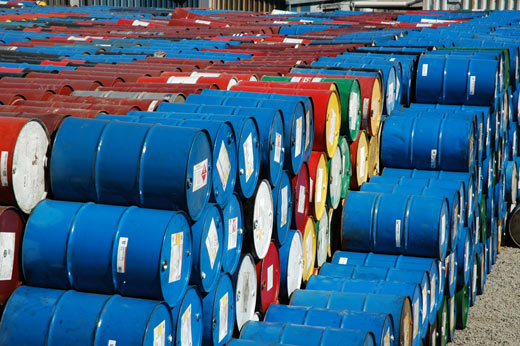 Members of Organization of Petroleum Exporting Countries (OPEC) are close to a deal based on which all member states, including Iran, Saudi Arabia, and Iraq are obliged to cut up to 4.5 percent of their oil output.

OPEC will debate an oil output cut of 4.0-4.5 percent for all of its members except Libya and Nigeria next week. Three OPEC sources told Reuters a gathering of experts from the oil producer group in Vienna had decided on Tuesday to recommend that a ministerial meeting on Nov. 30 debate a proposal from member Algeria to reduce output by that amount.

Such a cut would bring OPEC’s current output down by more than 1.2 million barrels per day (bpd), according to Reuters calculations based on the group’s October production, and is towards the upper end of market expectations.

But sources also said the representatives of Iran, Iraq and Indonesia had expressed reservations during talks that continued for 11 hours about their level of participation in what would be the group’s first supply-limiting deal since 2008.

According to a report covered by Fars, sources said Saudi Arabia and its Persian Gulf allies have signaled they were prepared to cut close to 1 million bpd of their output.

The Algerian proposal would see all member countries, except Nigeria and Libya, cutting 4-4.5 percent from OPEC’s estimates of their October production with the aim of reaching a total output target of 32.5 million bpd, OPEC sources have said.

That would mean Saudi Arabia alone could cut up to 500,000 bpd, sources said.

Under the Algerian proposal, Iran was asked to cut 4.5 percent from almost 4 million bpd, according to sources. But Tehran has signaled it wants to cut from higher levels of 4.1-4.2 million bpd, one of the sources said.

Iraq was asked to cut about 200,000 bpd. Baghdad is also still debating whether it should cut from the levels of OPEC’s estimates or its own, higher, production figures.

“Eighty-five percent of proposed OPEC cuts are from Persian Gulf countries but Iran is still not in favor,” one source said.