Troops from all units of the Iranian Army held massive military parades across the country on Tuesday morning to mark the National Army Day.

In capital Tehran, a ceremony was held near the mausoleum of the late founder of the Islamic Republic of Iran, Imam Khomeini, with high-ranking officials and senior military commanders in attendance.

President Hassan Rouhani delivered a speech before beginning of the parades. 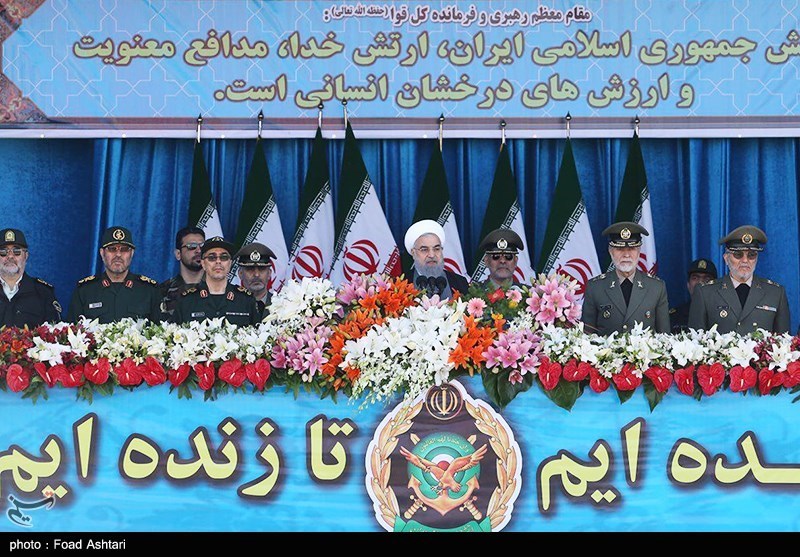 Iran maintains that its military might poses no threat to the regional countries, saying that the Islamic Republic’s defense doctrine is entirely based on deterrence.