Iran Leader Blasts Double-Standard Policies on Use of Chemicals 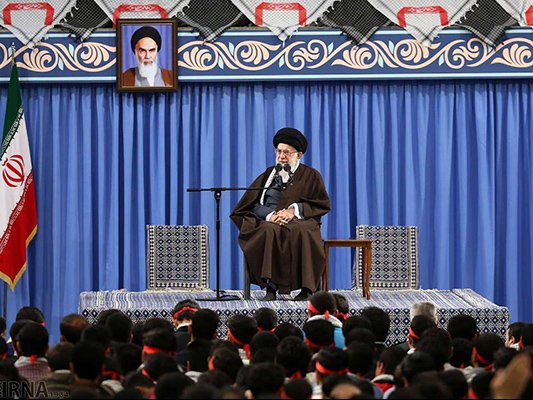 Leader of the Islamic Revolution Ayatollah Seyyed Ali Khamenei has blasted certain countries for applying a double-standard approach to the use of chemical weapons.

At a Saturday meeting with a group of teenagers and youths in Tehran, the Leader pointed to the use of chemical weapons by the regime of the former Iraqi dictator Saddam Hussein against Iranian people during the eight-year war in 1980s.

In the course of that war, Ayatollah Khamenei said, France gave its most advanced planes and helicopters to the Saddam regime, while Germany supplied it with toxic chemical materials.

“Those who are today attacking a certain group over the accusation of using chemicals, openly gave Saddam such materials for making bombs,” the Leader said.

Ayatollah Khamenei said there are still Iranian soldiers who continue to suffer from the aftereffects of Saddam’s chemical attacks, and many others have been martyred.

Hundreds of thousands of Iranians were killed in the Iraqi-imposed war and many more were affected by the chemical weapons like mustard gas that were used by the Saddam regime. 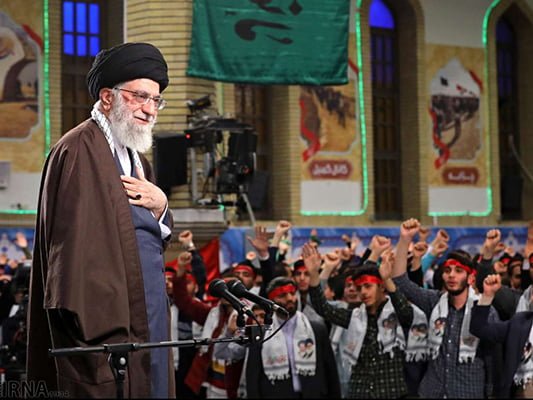 According to reports, the US spy agency CIA knew about Iraq’s use of chemical weapons as early as 1983, but the US took no action against the violations of international law, and even failed to alert the UN.

Ayatollah Khamenei’s remarks come at a time when the US and its allies are accusing the Syrian government of using chemical weapons during its fight against terrorist groups. Damascus has rejected the accusations, saying they are meant to protect the foreign-backed terrorists in the face of army gains.

The Leader further said International powers imposed the eight-year war Iran with the aim of destroying the Islamic Revolution, but they failed to achieve this goal thanks to the Iranian youth’s bravery, prudence and sacrifices.

Despite the West’s widespread financial and military support for the Saddam regime, Iranians managed to foil all enemy struggles against the Islamic Revolution by relying on their “faith” and the guidelines of late Imam Khomeini, the Leader added.