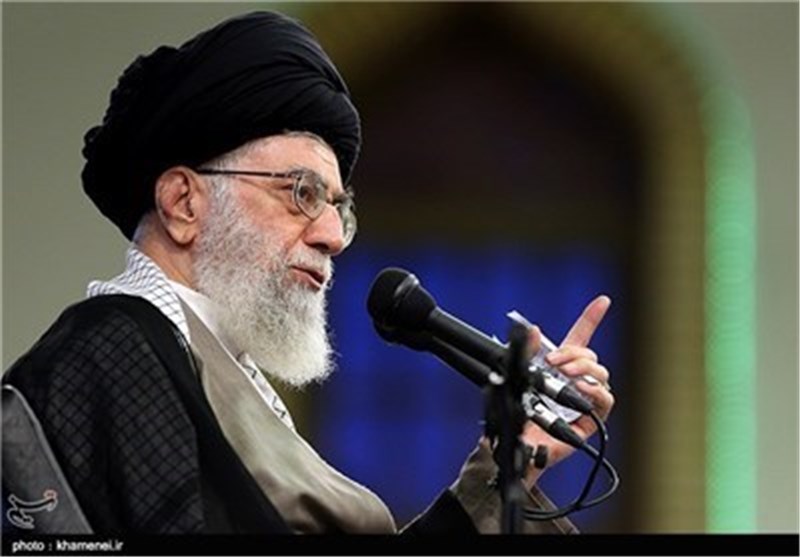 Leader of Iran's Islamic Revolution Ayatollah Seyyed Ali Khamenei has strongly supported the government's recent decision to ration gasoline and increase its price despite the sporadic protests across the country.

Ayatollah Khamenei said on Sunday while he is not an expert in the field, he still supports the decision which has been made by the three branches of power — namely, executive, legislative and judicial.

“The heads of power branches have sat down and made a decision supported by experts. The decision must be implemented,” the Leader said.

“Yesterday, last night and the night before, there were unfortunately problems in some cities. Some people lost their lives and some centres were destroyed,” Ayatollah Khamenei said.

“There are a few things to keep in mind; first, when something is approved by the heads of state, one must look at it optimistically. In this case, I am not an expert, but I told the gentlemen given that the views of experts about the gasoline issue is mixed – some viewing it necessary and imperative and some others harmful – so I have no judgment myself. But if this is the decision of the heads of the three branches of power, I support it. I said this and I stand by my support,” the Leader said.

“The second point is that some people are definitely worried or upset about this decision; they think it will hurt them or they are unhappy for whatever reason. However, it has to be noted that torching a bank is not what people do, this is what bandits do,” he added.

“In such incidents, hooligans, spiteful and evil people often enter the field and sometimes some youths, driven by emotion, accompany them and commit seditious acts. Such deeds do not fix anything other than adding insecurity to the problems.”

The Leader described insecurity as “the biggest disaster” for any country and society, saying that is what the enemies want for Iran.

“You see in the past two days, all the centers of evil in the world have been exhorting such acts against us. From the demonically vicious family of the Pahlavi dynasty to the vicious and criminal gang of Monafeqin (hypocrites), they are constantly encouraging hooliganism in cyberspace and elsewhere.”

“No one should help these thugs,” Ayatollah Khamenei said. “No wise and decent man who is interested in his own country and his own comfortable life should help them. They are hoodlums and these acts are not what ordinary people will do.”

He further urged state officials to do everything possible to ease the impact of the new decision on people, saying it should not lead to further hike in commodity prices. He also called on security officials to diligently deliver on their duty of protecting the country.