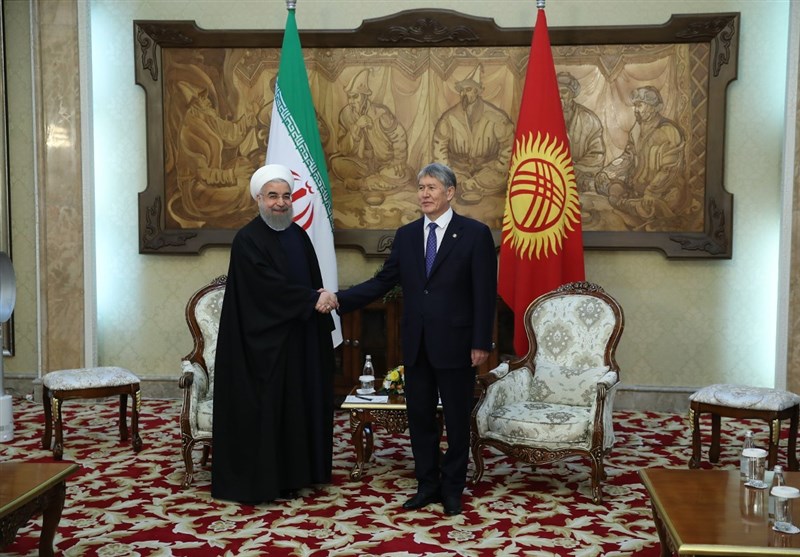 The Islamic Republic of Iran and the Republic of Kyrgyzstan issued a joint communique, calling for further efforts to boost cooperation between the two countries in all areas.

According to the joint communique released on Friday at the end of Iranian President Hassan Rouhani’s official visit to Kyrgyzstan, Rouhani and his Kyrgyz counterpart, Almazbek Atambayev, held talks on ways to strengthen Tehran-Bishkek ties in all spheres.

The two sides also hailed the outcome of efforts to promote cooperation in diverse fields during 24 years of their diplomatic ties as “positive” and stressed the need for boosting the relations more than ever, it said.

The two presidents also described Rouhani’s trip to Kyrgyzstan as a manifestation of the two countries’ joint efforts of to deepen relations in various fields, the joint communique said.

High-ranking officials from Iran and Kyrgyzstan inked five documents to boost cooperation between the two countries in various areas.

The other documents signed by the two countries focus on enhancement of bilateral collaborations in the fields of health and medicine, culture and arts, social affairs, and combating narcotics trafficking.

Heading a high-ranking political and economic delegation, President Rouhani visited Kyrgyzstan on the final leg of a tour of the Caucasus and Central Asia that earlier took him to Armenia and Kazakhstan.