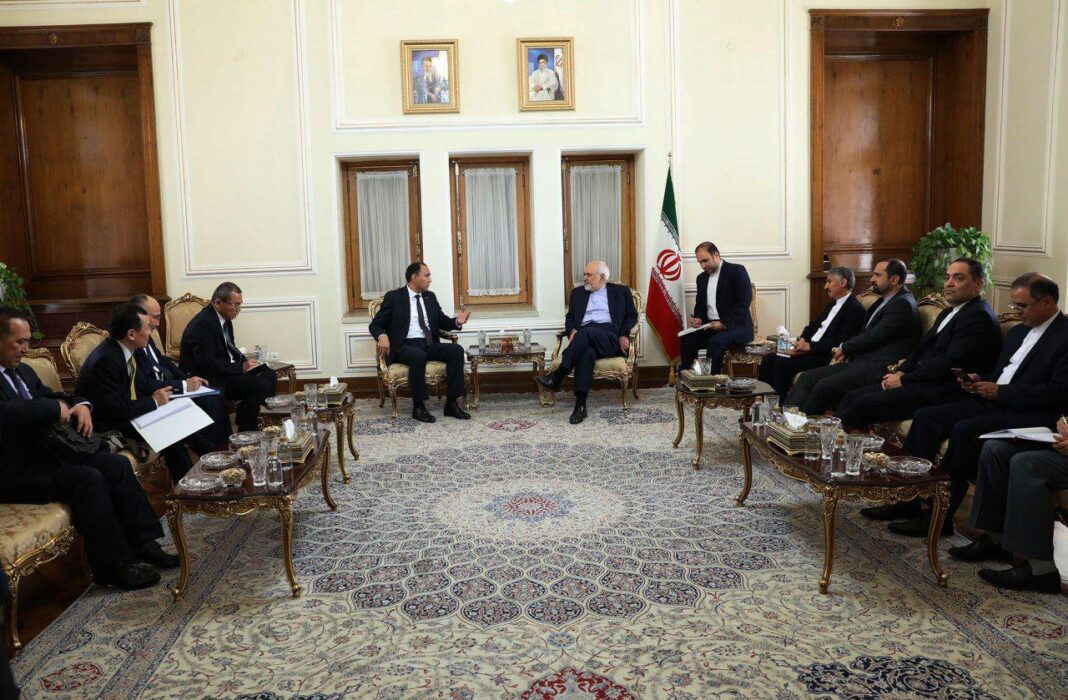 During the Saturday meeting, the two sides discussed transit cooperation and Iran’s important role and position in this regard.

They exchanged views on launching direct flights between the two states, the upcoming summit of the Shanghai Cooperation Organisation (SCO), and regional issues.

FM Zarif also emphasised the transit plans and the need for facilitation of visa issuance for truck drivers.

He further pointed to the special importance Iran attaches to peace, stability and democracy in the region.

“Political talks between deputy foreign ministers of Iran and Kyrgyzstan were positive and had a great impact on the improvement of relations in various dimensions,” noted Zarif.

In turn, the Kyrgyz deputy foreign minister said, “We seek to strengthen and expand bilateral and international relations with the Islamic Republic of Iran.”

To this end, he added, the reciprocal visit of the officials of the two countries at different levels is on the agenda of Tehran and Bishkek.

Along with political and economic relations, the two sides also seek to develop their parliamentary cooperation, he added.