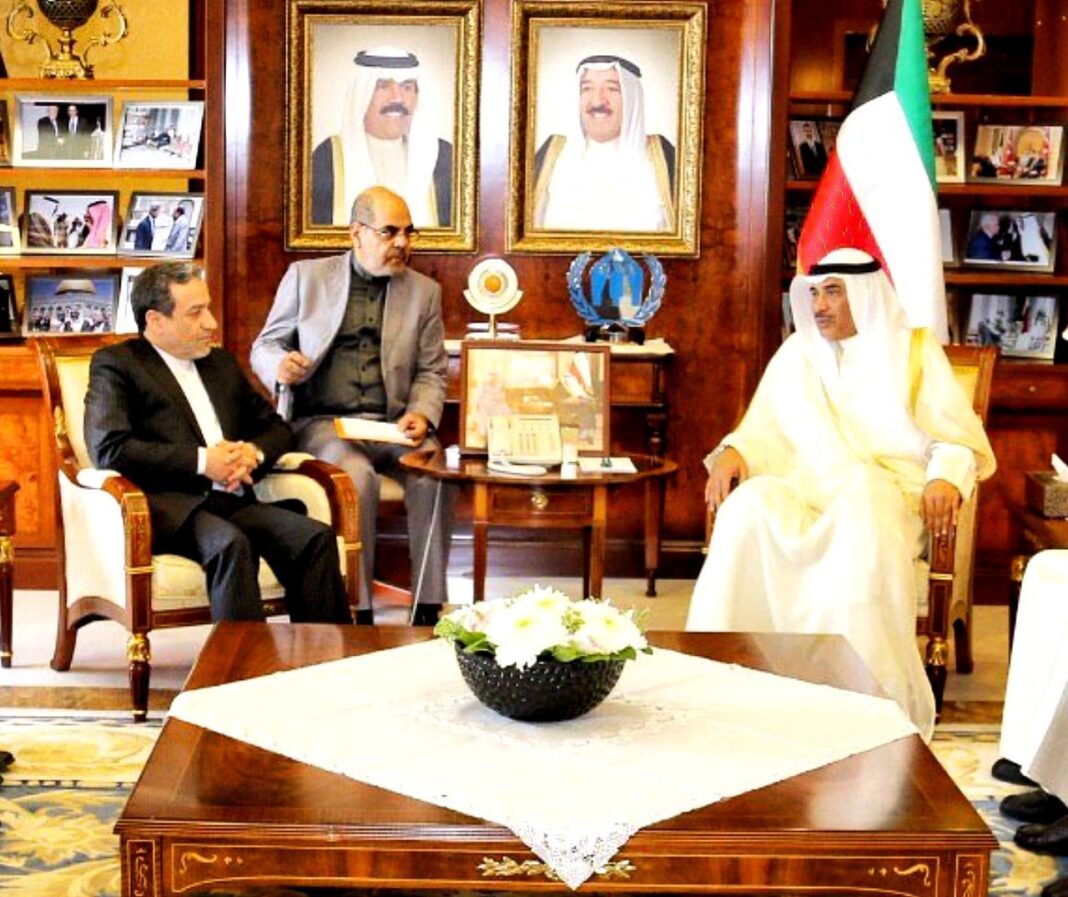 In the Monday meeting, Araqchi recalled Iran’s fundamental policy of seeking the establishment of peace and stability in the important Persian Gulf region.

He said security is an integrated and inseparable concept which encompasses political and economic domains simultaneously.

The top Iranian official underlined the United States’ sanctions policy has jeopardized the security of the whole region, adding regional countries should remain vigilant in the face of this threat.

He said a central plank of Iran’s foreign policy is holding talks and consultations.

“Accordingly, the Islamic Republic of Iran stands ready to enter into talks and constructive interaction with these countries through creating regional mechanisms,” he said.

The Kuwaiti foreign minister, in turn, welcomed the Iranian official.

He referred to the current situation in the region, stressing the need to continue consultations and meetings between neighbouring countries as well as the need for dialogue to settle crises.