Iran JCPOA Commitments Carried Out to the Letter: IAEA 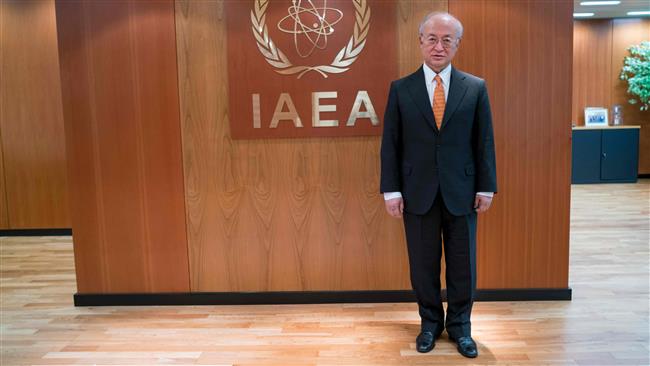 “I can certify that Tehran respects its commitments to the letter. The Iranians are doing what they promised the international community,” said IAEA Director-General Yukiya Amano during an interview with the French daily Le Monde on Saturday.

The July 2015 Joint Comprehensive Plan of Action (JCPOA), struck between Iran and Britain, China, France, Germany, Russia and the United States, envisaged Tehran scaling back its nuclear program in return for the lifting of all nuclear-related sanctions on the Islamic Republic.

“The deal is being implemented since January without any particular problem,” he noted. “There was a small incident in February: the stock of heavy water very slightly exceeded the limit set — 130 tones. But we immediately signaled that to Iran which took all the necessary measures.”

In September, the IAEA once again confirmed Iran’s commitment to the landmark nuclear agreement, with Amano at the time noting that the agency would continue evaluating the absence of undeclared nuclear material and activities in Iran.

In a quarterly report on Iran on September 8, Iran’s commitment to the nuclear agreement was confirmed by the IAEA which is tasked with overseeing the implementation of the JCPOA.